The direct­or deeply misses Fawad Khan and hopes to be able work again with the actor
By Entertainment Desk
Published: July 19, 2017
Tweet Email 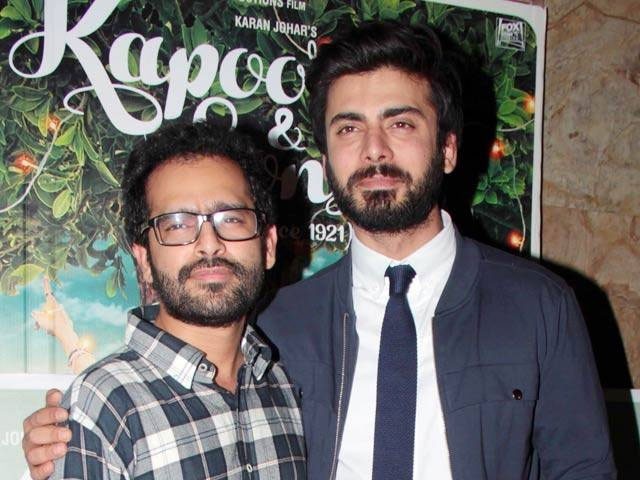 Looks like the absence of Pakistani actors in IIFA was deeply felt across the border. A name worth mentioning among them is Fawad Khan.

According to The Indian Express, Shakun Batra, the director of Kapoor & Sons told the reporters at the event, “I spoke to him (Fawad) yesterday. I miss him and I wish he was here. Last year, we both were here together at IIFA.”

Fawad Khan’s wife opens up on being a ‘star wife’

“Unfortunately, we all know what happened. In the long run, lets hope both the countries can again become friends and collaborate,” Shakun told reporters here on the sidelines of IIFA awards.

This is not the first time Shakun Batra has been public about his feelings regarding the void of Pakistani actors due to the ban on their entry in India.

This Bollywood diva is eager to work with Fawad Khan, Ali Zafar

“I miss him a lot. I don’t know if I am supposed to be quiet about it. I don’t miss him because of any other things, I miss him simply because he is a great guy and he is a lovely collaborator. We Indians, who work around the world, we do it legally, similarly, if somebody else wants to work legally in our country, it should be open. It should be a two-way street.”

Looks like our actors are doing quality work which is leaving lasting impressions across the border.