Fans don't see passports when they purchase a ticket, they see a film: Adnan Siddiqui

Fans don't see passports when they purchase a ticket, they see a film: Adnan Siddiqui

From discus­sing Pak-India ties to his fandom in India, the 'Sammi' star tells all...
By IANS/ Entertainment Desk
Published: July 17, 2017
Tweet Email 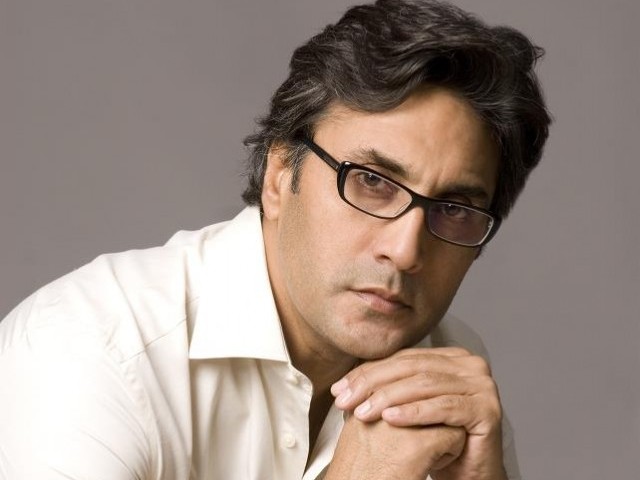 The actor has been lauded for his performance in India with his Bollywood debut, Mom, having received “encouraging reviews”. When asked about the audience reaction in Pakistan, Siddiqui commented, “A good product is well-received everywhere. People in Pakistan have loved the film and are ecstatic about the collaboration between the two nations.”

The two Pakistani heavyweights Sajal Ali and Adnan Siddiqui could not travel to India because of the recent visa ban owing to which Mahira Khan and Fawad Khan could not cross borders either. On the travel ban, he confessed, “…Obviously it is a sad feeling when you are not able to promote a project you have spent tiring days and nights working on. But then you are relieved that the promotion lies in more than capable hands, for the likes of Sridevi and Nawazuddin Siddiqui and Akshaye Khanna.”

Promotions is the time during which the cast shines out and develops PR relations but unfortunately, Pakistani actors playing parts in Bollywood do not get the opportunity to avail the promotions period. Siddiqui was asked whether there was a growing resentment among actors from his side of the border, to which he replied that resentment is not the word but it is hindering the relations between the actors of the two countries to fully foster.

4 more days to go till the release of my much awaited Bollywood venture. Every time I look at the poster it reminds me of all the hardships the entire team & crew has gone through to pull this beautiful project off! Keeping my fingers crossed along with my talented co-star @sajalaly for the release on 07-07-17! #sridevi #momthefilm #adnansiddiqui

“The politics may steer a situation in any direction but the people of both countries love and respect art for what it is. They don’t see passports when they purchase a ticket, they see a film,” he added.

The political relations between India and Pakistan are frictional these days, to the point that they are hampering cultural ties. Siddiqui was asked to comment on the hostile situation, to which he optimistically responded, “No matter how hard people try, our cultural ties will come out strong. We share more than just the colour of our skins, we share history, we share values, we share customs and it is just a matter of time we will start sharing our artists, directors, writers, technicians on a large scale too. I honestly believe we can find peace in art.”

The actor discussed how he landed the part opposite Sridevi and the legal hiccups that ensued.

“Once I got the offer, I couldn’t resist myself from saying yes since I knew I would be playing a role against Sridevi and I was also aware that Ali, who is a beautiful actress, is part of the cast. The political hostility as you say did create hurdles for the film. However, it was Boney Kapoor Saab who became the leader and crisis-breaker, sorted out the production issues and took us all home for a win.”

What a pleasing sight it was watching the first ever teaser of #MOM on the stage of #ZeeCineAwards! As Sri Devi emphasized the role of mothers and its true vision behind this empowering film; it made me emotionally reminisce about my own mother. I lost my mother when I was 16, so she never got to see her son grow with time and achieve a respectable position in this industry, i truly wish she could've seen and witnessed all of it herself. Nevertheless, I owe my mother the determination and strength that I possess, the confidence & love I have for others and this constant feeling of gratitude. I owe it all to her because I know without her wisdom and sacrifices, I would be nowhere. Trust me there is no comfort than the one like her’s in this entire world. I would also like to take a moment and say something about Sajal’s mom with whom I spent a lot of time with. May she rest in peace and may you get stronger by the day Sajal. She was a free-spirited and optimistic woman. I remember spending time with her between shots on the sets of #MOM, we instantly bonded over food/travel and what a lovely company she was. I saw and heard her gush about Sajal all the time, how proud she was of all the work you’ve done and especially this film. My well-wishes to you and your family, I know how it feels but trust me she is watching over you proudly, they always do. To everyone else, I dedicate my first Bollywood film #MOM to all the mothers out there, without you we stand no where. Also, A big and heartfelt congratulations to Boney Kapoor, the director as well as the entire cast and crew behind the making of #MOM. Trust me, it literally took everyone's efforts in making this amazing movie and i cant wait for you to watch it in July 2017! #MOM #firstteaser #adnansiddiqui #zeecineawards #bollywood https://youtu.be/2y5M4gBlUxU

Siddiqui was told he is already popular in India due to the religiously followed Pakistani dramas airing on Indian channels. He was asked about his struggles and progress  as a TV actor before making a debut on the big screen.

“My journey in the media industry started with my modelling career and it took off with a casual role in a drama serial. People were extremely kind in accepting me as an actor when I knew nothing and since then, I am trying to prove to them, my fans, that they were right about me,” he quipped.

On his prospects in the film industry in Pakistan, Siddiqui  diplomatically responded, “The New Cinema, as I like to call it, is a growing baby. There are a lot of players with growing ambitions, hence it is creating opportunities all across the board which is a beautiful sight. However, since it is an evolving industry, we will need time to eradicate the mistakes and enhance the strengths.”