Najam says specia­l quota for PGR seats will be given keepin­g in view the number of doctor­s in the field
By Our Correspondent
Published: July 17, 2017
Tweet Email 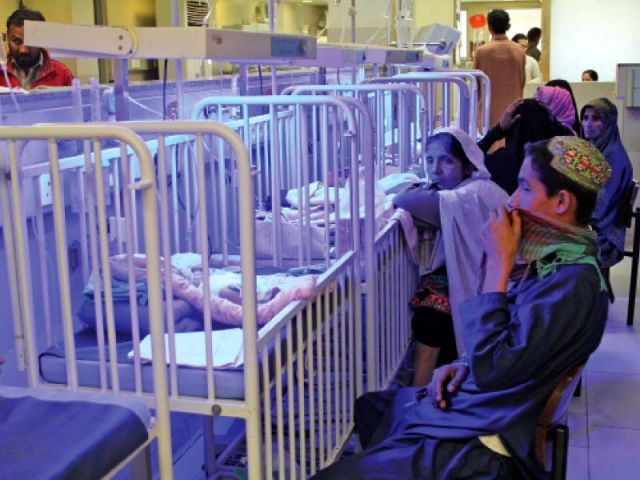 LAHORE: Specialised Healthcare and Medical Education Secretary Najam Ahmad Shah has said the dearth of paediatricians was felt across the country and Children Hospital Lahore should take lead in training its post graduate to bridge the gap.

He expressed these views while presiding over a joint meeting of faculty members and PG doctors of the Children Hospital. Medical Director Dr Ahsan Waheed Rathor and Surgery Department Head Prof Muhammad Aslam briefed the secretary about the treatment facilities for patients and training programme for doctors.

Recently, a new block of 600 beds and 16 operation theatres were added at the Children Hospital making it the largest hospital with 1,100 beds in total.

“After expansion, more opportunities had been created for the training of PGRs in the hospital,” Najam said, adding that seats for PGR training were being given to the Children Hospital according to the stipulated formula, however, special quota for PGR seats would be given keeping in view the demand of doctors in the field.

The meeting also reviewed the administrative and operational matters as well as financial and human resource requirements of the institution.

Meanwhile, Primary and Secretary Health Punjab Secretary Ali Jan Khan presided over the 165th meeting of Provincial Quality Control Board in his office. As many as 86 cases were presented in the meeting, out of which warnings were issued to pharmaceutical companies in 12 cases, whereas 10 cases were adjourned while five cases were dropped and inspection was ordered in five cases.