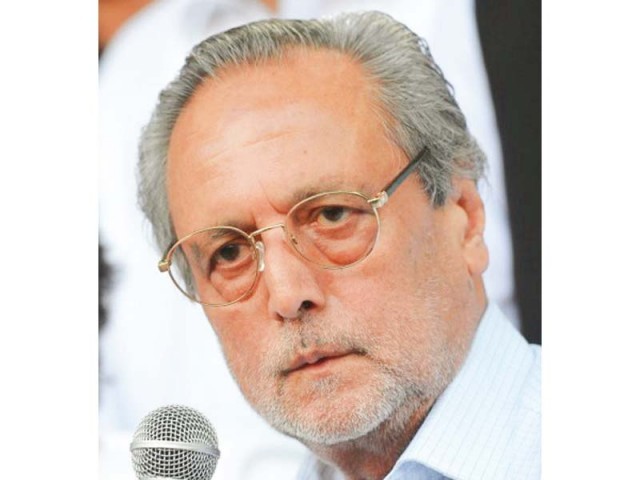 KARACHI: Aam Log Party Chairman Justice (retd) Wajihuddin Ahmed has said that the Joint Investigation Team (JIT) has levelled serious allegations against Prime Minister Nawaz Sharif and his family in the Panama case and it is possible that the Supreme Court may disqualify the PM under Article 62-B of the Constitution.

“If Nawaz is held accountable, then so will Asif Zardari and Imran Khan,” he said while addressing a condolence reference on the first death anniversary of Meraj Muhammad Khan at National Institute of Labour Administration and Training on Sunday.

Ahmed said, “Smaller parties should fill in the expected political gap that will be produced with the accountability of larger parties.”

The country needs democracy according to the vision and manifesto of Meraj, who was the real leader of the middle class segment of the population.

He said Meraj spent his whole life struggling for the rights of the oppressed and deprived classes of society.

Praising Meraj for being an honest man, who never compromised on his principles, he said that 99 per cent of those in parliament and local governments do not represent people.

Wajihuddin ditches PTI ahead of rally

He said his party was preparing for the next election according to the thoughts of Meraj. The political situation suggests that elections could be held before their stipulated time, he said, adding that his party will give tickets to common people, peasants and the poor.

Khaqan Muhammad Khan, son of Meraj, thanked the party for holding reference in the memory of his father.

A resolution passed by the participants of the meeting stated that Meraj’s mission would continue.

Other resolutions passed unanimously called for an independent foreign policy, solution to Kashmir issue according to the aspirations of the Kashmiri people, agreement between the Afghan government and Taliban where Pakistan has a positive role, reforms in all institutions, immediate meeting of the parliamentary and non-parliamentary leadership to turn the National Action Plan into a full coordinated effort and immediate steps to eradicate terrorism, extremism and corruption.