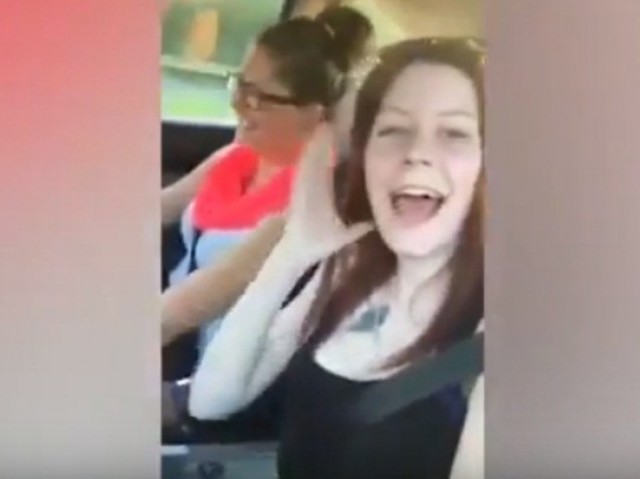 A young woman in Obrnice, Czech Republic live-streamed her own death when a car she was travelling in crashed into a barrier.

The haunting footage of the horrific last minutes of 22-year-old Nikol Barabasova shows her giggling as she begins a Facebook Live stream.

The Volkswagen was reportedly driving at more than 74.5 mph in Obrnice, Czech Republic when it struck a barrier.

But then in a split second Nikol lets out a yelp.

The clip shows the car shuddering while the driver appears to try to regain control.

Nikol is then thrust forward and the car then flips over.

The smartphone is dropped but the camera continues to film as it comes to rest below the seat belt.

Man sets himself on fire, live streams his death on Facebook

The car is deadly silent with only the noise of the windscreen wipers which have been switched on in the crash.

Then another man can be heard, presumably another driver asking if the women are alright.

It took a member of the emergency services to reportedly stop the live-stream.

Local reports say Nikol was killed in the accident.

Friends and family have flooded her Facebook page with tributes following the crash on Friday.

One wrote: “I am deeply sorry for what happened to you….

“I am terribly sorry for all your loved ones and everyone who loved you. Deepest condolences.”

This article originally appeared on The Sun.