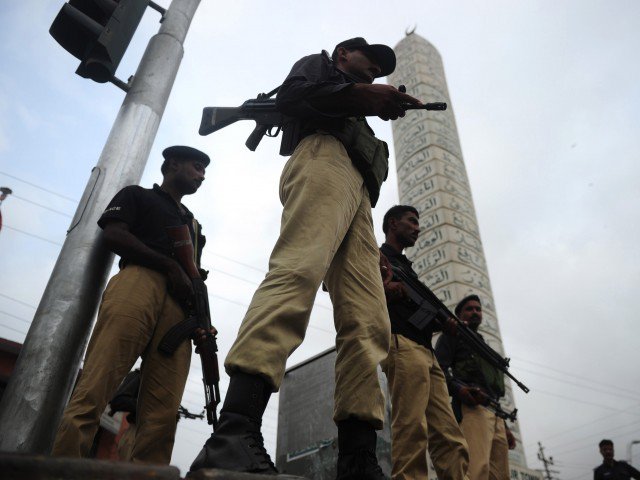 LAHORE: Police in Gujrat have arrested a Christian man over charges of committing blasphemy – an allegation made by a member of religio-political party Tehreek-e-Tuhafaz Islam Pakistan (TTIP).

Dinga police station SHO Shahbaz Hinjra told The Express Tribune on Friday that the accused, Shahzad Masih, had been taken into custody and an investigation was under way.

Masih works as a sweeper at the Shamim Riaz Polyclinic Hospital in Dinga city.

According to the FIR registered against Masih, the complainant, Nadeem Ahmad, was at his shop, Saddar Electric Works, on the evening of July 13 when a man named Ishtiaq Jalali came to him and told him that Masih had uttered blasphemous words during a conversation with him.

The FIR further states that the two men called Masih from his home and took him to Popular Mobile Shop where he said the same words again, which were heard this time by Ahmad, Jalali, Abdul Rehman and other people present there.

The complainant further said Masih’s offensive words were not only meant to hurt the sentiments of the locals but also to disrupt peace in the area.

When contacted, Ahmad told The Express Tribune that he was the president of the TTIP Dinga city chapter, while Jalali was a member of their organisation and a dispenser at the same hospital where Masih worked.

The TTIP’s official website states that it was formed in 2007 for Namoos-e-Rasalat.

Cases of blasphemy allegations are increasing in Pakistan. In April, a mentally-ill man was beaten up by a charged crowd in Chitral for allegedly saying blasphemous things in a mosque. A few weeks before that incident, Mashal Khan, a 24-year-old student of the Abdul Wali Khan University Mardan, was shot and mercilessly lynched by a mob of his fellow students after being accused of posting blasphemous posts online.

Incidents of violence incited by blasphemy accusations have also been common across Punjab. Former governor Salmaan Taseer was shot dead by his own guard in January 2011 for raising his voice in favour of blasphemy accused Asia Masih.

Rashid Rehman, an advocate and human rights activist, was shot dead in Multan in 2014 by unidentified men for appearing as a counsel for university professor Junaid Hafeez, who was accused of committing blasphemy by students and teachers.

Similarly, dozens of houses were burned to the ground when a mob attacked Joseph Colony in Lahore after a resident was accused of blasphemy, while a Christian couple was also tortured and burned inside a brick kiln in Kot Radha Kishan over similar allegations in 2014.