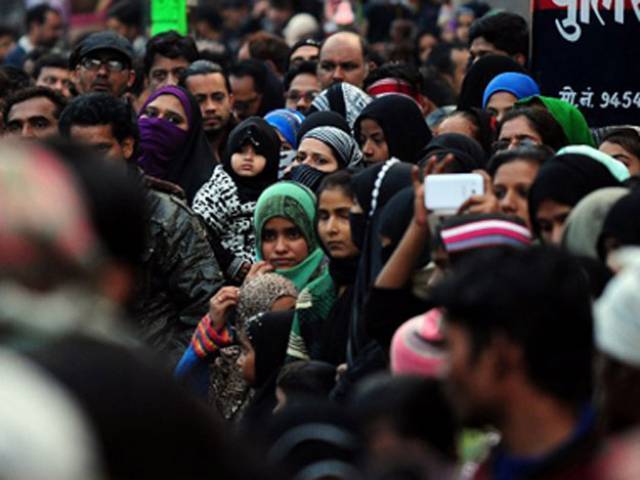 PESHAWAR: The Population Welfare Department (PWD) has said that the rapid growth in population of Khyber-Pakhtunkhwa (K-P) poses a serious threat to its infrastructure.

As the resources of the province are already limited, experts fear that the birth of 400,000 children annually will deplete natural resources, degrade environment, and increase unemployment and cost of living, therefore, painting a bleak picture of K-P’s future.

The K-P bureau of statistics presumes population of the province to be at around 28 million with a 2.07 per cent yearly growth rate.

“Hospitals in the province have not been upgraded for decades, but they can still cater to the needs of the current population,” PWD Director-General Noor Afzal Khan informed newsmen at the PWD on Monday. He was talking to journalists on the eve of World Population Day.

“Once there are smaller families, parents will be able to concentrate more properly on their children’s health, education and grooming,” Khan informed reporters, adding that some 632 centres, 30 mobile service units and 30 other centres were offering services on reproductive health.

He said that currently the contraceptive prevalence rate in K-P is 28 per cent and is expected to rise to at least 42 per cent by 2020.

He stated that people are well aware of the problems arising from having a large family, but only a small fraction of them practised family planning, adding that even if people accepted family planning, they refused contraceptives.

“Of the total married couples, around 26 per cent are not in favour of family planning, while 28 per cent want a planned family, but social and religious beliefs stop them from doing so,” Sultana said.

Family planning: Pakistan still has a long way to go

The PWD officials said if 400,000 children are born annually, 400 new schools (1,000 students per school at least) will be required, adding that colleges, universities and health facilities will also need expansion at the same pace.

It is pertinent to mention that the figures used in this story are not 100 per cent accurate – but are precise to some extent – as the federal government has not yet released the population census data for 2017.