PM’s ‘remarks against JIT’: PTI to submit resolution in PA

PM’s ‘remarks against JIT’: PTI to submit resolution in PA 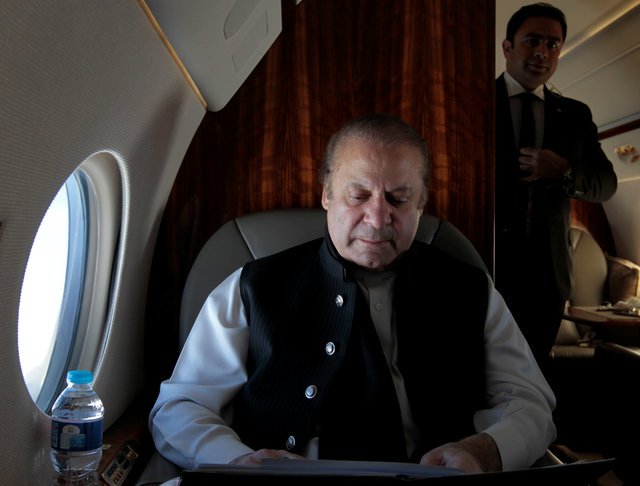 LAHORE: The Pakistan Tehreek-e-Insaf (PTI) will submit a resolution of condemnation in the Punjab Assembly over the prime minister’s remarks against the Joint Investigation Team (JIT) formed by the top court to deal with the Panamagate scandal.

PTI’s Opposition Leader in the Provincial Assembly, Mian Mehmood-ur-Rasheed, told The Express Tribune on Saturday that Nawaz Sharif’s false allegations against the JIT were tantamount to contempt of court. “All opposition parties are very clear that the ruling family has failed to provide money trails and is trying to find a way out through mudslinging,” he added.

Mehmood said all opposition parties had teamed up against the government and decided to launch an agitation campaign. “A number of options were under consideration, including protests rallies, public gatherings and agitation on the floor of the house at national and provincial levels,” he remarked.

“The opposition parties are waiting for the final report of the JIT, which will be made public on Monday (tomorrow). Once this report is available, all opposition parties will announce their future course of action by July 11 or 12.”

Rasheed said all opposition parties, including the PTI, the Pakistan Peoples’ Party (PPP), the Jamaat-e-Islami (JI) and the Pakistan Muslim League Quaid (PML-Q), agreed that the ruling family was concealing facts by not providing money trails of billions of rupees of their properties abroad.

Separately at a press conference on Saturday, JI Chief Sirajul Haq said Sharif had presented himself for accountability on the floor of the parliament, but now he was considering himself innocent after appearing before the JIT.

“Around 600 Pakistanis are named in the Panama Papers so accountability should not stop with the prime minister only. Whoever is involved in corruption should be held accountable before the court of law,” he added.

He said six national institutions were investigating ruling family’s corruption so the final report of the JIT should be made be made public. “It’s everyone’s right to know the actual facts because this will decide the fate of the country.”

Haq said some people wanted to create a hostile situation in Islamabad but the JI did not want to derail democracy. “The party is in favour of accountability across the board,” he maintained.

The JI chief said around 250 influential and feudal families were in power since the inception of Pakistan. “If the judicial system of the country fails to hold corrupt people accountable, the masses would resort to doing it by themselves. Corruption had ruined the entire system.”

Haq also announced a long march to the US embassy in Islamabad on Sunday (today) to register its protest against America’s alliance with India. He asked all Pakistanis to participate in the march.

On Friday, opposition parliamentary parties had formed an alliance against the ruling party and announced an agitation campaign. Leaders of various opposition parties had also demanded resignation from the Prime Minister Nawaz Sharif and Punjab Chief Minister Shehbaz Sharif for their alleged involvement in corruption and mismanagement in public funds.