Taking women ‘on board’: experts suggest it would be an uphill task

Taking women ‘on board’: experts suggest it would be an uphill task 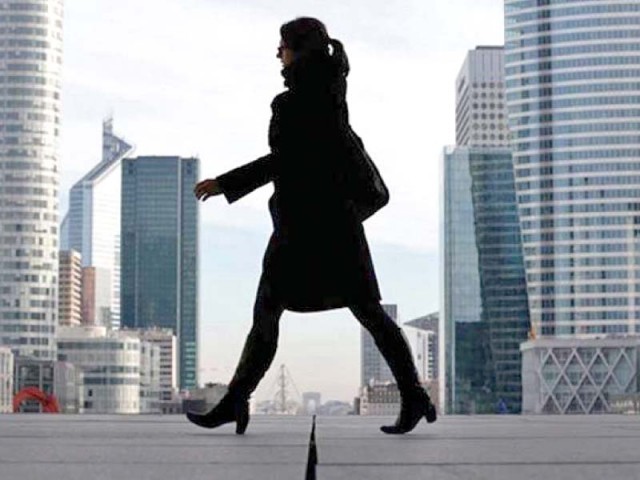 Overall, the proportion of women directors on the boards of listed companies is only 6.4%. It is far below the 17.2% representation of women in the country’s parliament and their 15.8% labour force participation rate. PHOTO: REUTERS

KARACHI: As listed companies scramble to include at least one woman in their board of directors, experts suggest that it would be an uphill task to fulfill the government’s mandatory requirement in the stipulated timeframe of three years.

The government, through the Companies Act 2017 passed by parliament in May this year, has made it mandatory for listed companies to have at least one woman on their board of directors.

At present, out of 100 companies included in the KSE-100 index of the Pakistan Stock Exchange, 69 companies have no female director. These include 16 out of the 20 largest listed companies in terms of free-float market capitalisation, the Securities and Exchange Commission of Pakistan (SECP) said.

Experts suggested that the requirement would be difficult to meet for a number of reasons including low participation of women in the workforce, lack of women occupying key positions in companies, and general reluctance of businesses to take females on board.

However, officials said that many family-run businesses from the textile and sugar sectors may still meet the condition by including a female family member on their board of directors, but would it fulfill the purpose?

Institute of Bankers Pakistan Chief Executive Officer Hussain Lawai said barring banks and a few other sectors of the economy it will be a challenge to have qualified women directors on companies’ boards.

While Pakistan has seen some improvement in terms of labour force participation by women and them occupying key positions – Sima Kamil recently became the first woman to be appointed president of a major bank – majority of companies are still far from being perceived as equal-opportunity providers.

Banks have approximately 10-15% women employment, but the ratio is worse in other sectors.

“In one to two years, most banks would meet the condition,” said Lawai.

However, family run businesses in the private sector may not meet the condition in the way that it is envisaged.

“They are most likely to meet the condition by appointing their spouses and/or siblings on the board. But this will not fulfill the purpose,” he said.

He, however, expressed hope that with the passage of time the rule would see greater number of women on the board of directors and becoming chief executives.

This change is being implemented through the revised Code of Corporate Governance under the new Companies Act 2017, which specifies that public interest companies shall have such representation of women directors as specified by the SECP. “As a result, the proportion of women directors on listed companies, which are a subset of public interest companies, is expected to jump from 6.4% to at least 14.3%.”

Meanwhile, on a separate note, Institute of Financial Markets of Pakistan Chief Executive Officer Muhammad Ali Khan said the issue of having qualified directors is cropping up because the SECP relaxed the condition of the directors’ training programme.

About two years ago, SECP made it mandatory for each and every director to get the directors training programme certification conducted at business institutes including Pakistan Institute of Corporate Governance, IBA, LUMS, ICMA, and ICAP.

But now, the regulator has relaxed the condition and said that only half of the directors need the certification. He said SECP may make it mandatory for women directors to complete the corporate governance’s certification.

He, however, also sounded sceptical towards companies meeting the requirement within three years.