Specia­l teams of the agency were formed to check for illega­l water connec­tions in East and West Zones
By APP
Published: July 8, 2017
Tweet Email 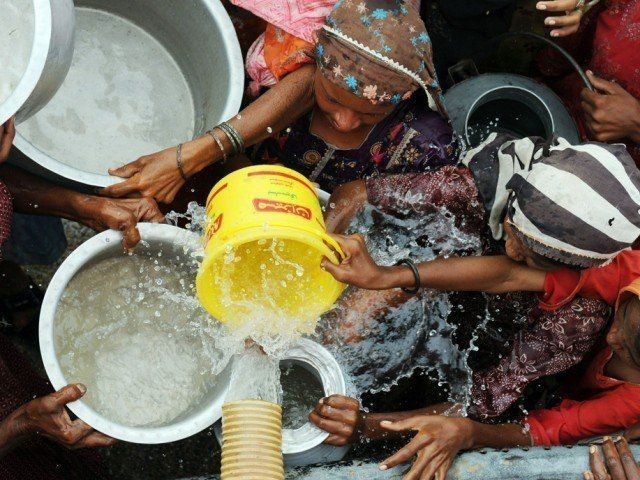 Special teams of the agency were formed to check for illegal water connections in East and West Zones. PHOTO: AFP

RAWALPINDI: The Water and Sanitation Agency (Wasa) in Rawalpindi on Friday severed 25 illegal water connections as the agency launched a campaign against unsanctioned connections in the garrison city.

Safdar said that a team, along with Union Council Chairman Chaudhry Abid and councillors of the respective area, checked illegal water connection in Dhoke Matkal and disconnected 25 illegal connections.

He warned residents to get their connections regularised, or else strict action would be taken in accordance with the law including heavy fines, cases and disconnecting illegal connections.

Islamic culture centre in Karachi to be restored, orders SC