G-B urges tourists not to litter

G-B urges tourists not to litter 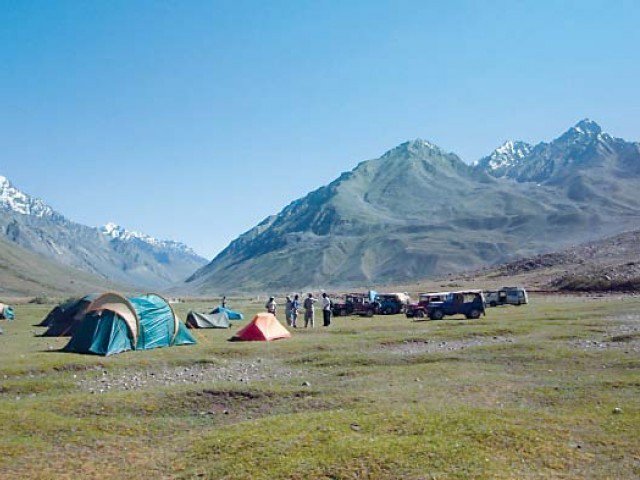 GILGIT: In a bid to tackle hazardous solid waste generated by hospitals in the tourist-seeking, scenic, mountainous region, the Gilgit-Baltistan Chief Minister Hafeezur Rehman on Thursday directed officials quickly dispose of such waste through incinerators and set up waste management system at all hospitals in the region.

He issued these directives while presiding over a high-level meeting of the Environmental Protection Council on Thursday.

Rehman further directed the Environment Protection department to prepare a comprehensive plan to raise awareness among tourists about preserving the environment and adopting cleanliness measures while visiting tourist spots.

In this regard, he directed that special literature and messages should be put up at locations frequented by tourists.

The chief minister further directed that a special awareness campaign should be launched for protecting the environment by involving local and students. To do this, he suggested holding marathons, walks, and special dramas which highlight the importance of a clean environment.

Rehman further said that a ban should be imposed on the use of plastic bags and bottles at tourist spots, especially near the glaciers and lakes with heavy fines imposed on violators.

To further encourage the use of paper and cloth bags, he said that the government would cooperate with those who were making such bags.

To spread awareness about environmental protection, he said that they had decided to hold the next meeting of the G-B Cabinet at the Nanga Parbat base camp.

The chief minister directed the police and districts administration to cooperate with the environmental protection department in implementing environmental laws.

Rehman directed that environmental studies should be included in the feasibilities of all mega projects in the region as he promised that recommendations in those studies would be implemented in letter and spirit.

Regarding illegal hunting, he said that the practice should be discouraged and efforts should be made to promote fish farming.