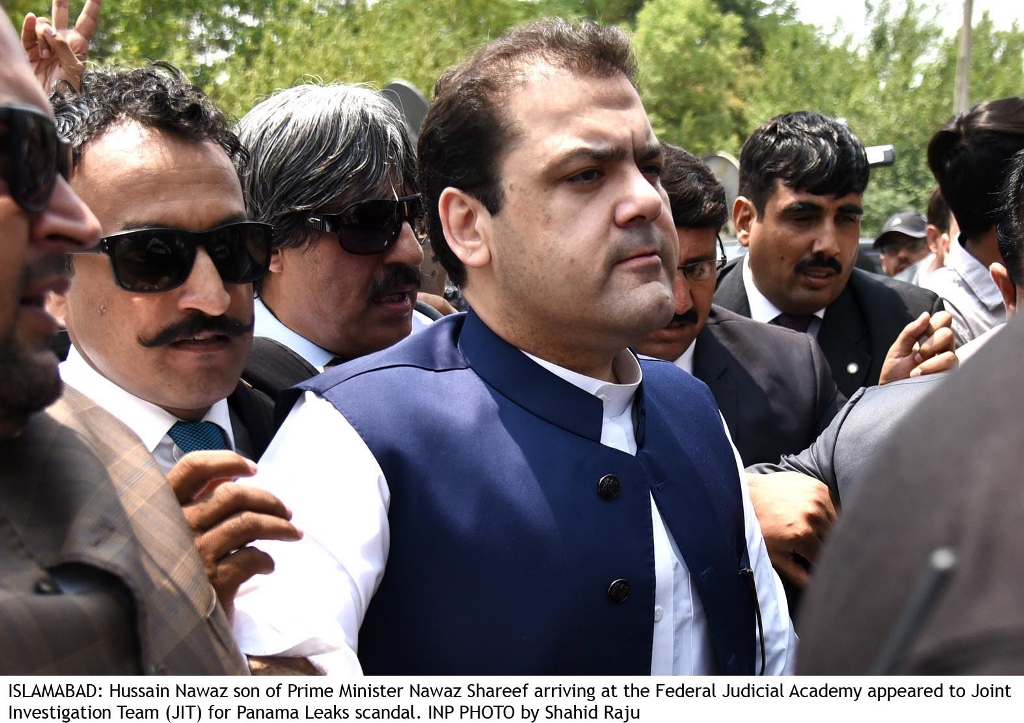 ISLAMABAD: While the country’s political circles are abuzz with the Panamagate scandal, the elder son of Prime Minister Nawaz Sharif has landed in the Qatari capital of Doha – apparently to cajole Prince Hamad bin Jasim bin Jaber al Thani to cooperate with the Joint Investigation Team (JIT) probing into the Sharif family’s offshore assets.

A cabinet minister has confirmed Hussain Nawaz’s departure to Qatar but refused to share details.

Lawyers for the Sharif family had submitted two separate letters from the Qatari royal confirming his business ties with the Pakistani ruling family linking money trail of their luxury flats in an upscale London neighbourhood.

The JIT has been asking the Qatari prince to either visit Pakistan or meet them at Pakistan’s Embassy in Doha to confirm the authenticity of his claim. Prince Thani has reportedly asked the JIT to visit him at his office.

As the 60-day deadline of the JIT is fast approaching, PML-N leaders have been demanding that the panel must record the statement of the Qatari prince.

The prime minister’s political adviser, Asif Kirmani, asked the Supreme Court on Wednesday to order the JIT to record the statement of the Qatari royal. “Failure to do so will make the JIT report controversial,” he told reporters in a veiled threat that the ruling family might not accept it.

Besides Kirmani, several other PML-N leaders have been pressing the JIT to make sure it records Prince Thani’s statement.

PIA attempting to use outdated aircraft for Hajj operations