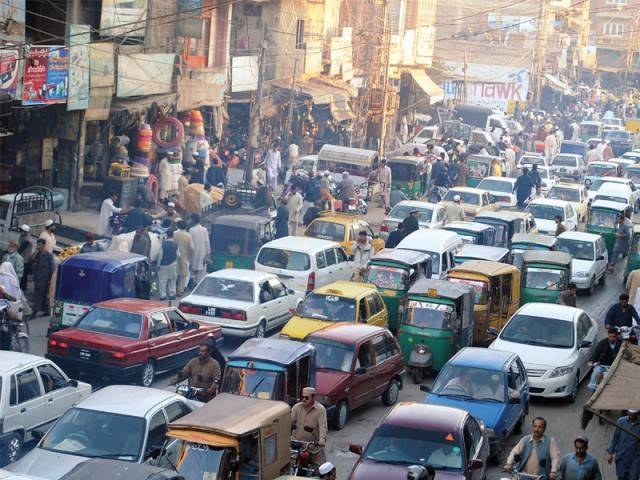 PESHAWAR: With construction on the bus transit service in Peshawar picking up the pace, traffic police have decided to provide alternate routes for traffic diverting from Chamkani to Hayatabad taking.

Addressing a press conference on Wednesday, Traffic SSP Yasir Afridi said that the bus transit project is expected to take six months to complete. While it may eventually help solve the traffic problems of the city, in the interim, the large-scale construction was causing massive problems for commuters.

In this regards, he said that the traffic police, as well as other government departments, had decided to provide alternate routes to the public.

“We would assign alternate routes from Chamkani to Hayatabad to ensure smooth follow of traffic and all departments have decided to launch a campaign to create awareness among the public through banners, stickers, and via the electronic and print media,” Afridi added, saying that the awareness drive would be launched soon.

“The bus transit project is an important one for the city and it would solve the traffic problems in the city,” he said as he explained the routes.

He urged the public to cooperate with traffic police officials to make the plan work.