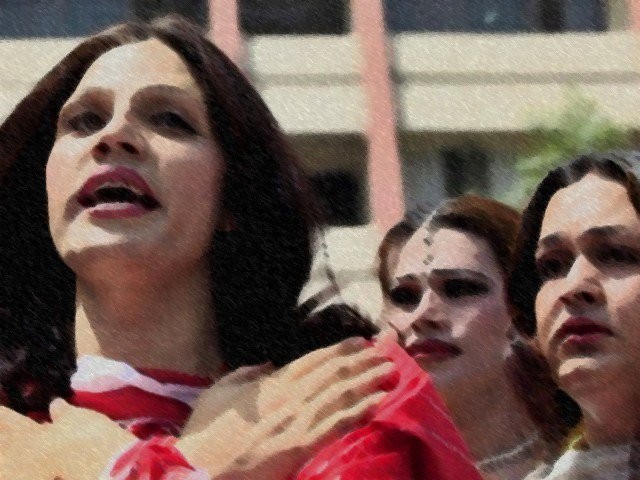 PESHAWAR: Activists and the transgender community in Peshawar on Wednesday expressed their reservations over a government move requiring people who are transgenders to register, fearing it could pave the way for discrimination and even physical harm even as a draft policy was submitted to the government.

Representatives of the Blue Veins and TransAction (provincial alliance of transgender and intersex community), in a news conference at the Peshawar Press Club on Wednesday, stated that while a large number of people had registered with the Khyber-Pakhtunkhwa (K-P) social welfare department, those number were far fewer than the 40,000 people who are transgenders in the province.

Qamar Naseem, a representative of the organisations, stated that while the incumbent government had extended support to the transgender community, he feared that the next government could harm them once they submitted their details for registration.

He said that they were working on devising a policy for people who are transgenders after the provincial government repeatedly asked for it. Naseem disclosed that a draft policy had been submitted to the provincial social welfare department for review.

Under the draft policy, ‘K-P Transgender and Intersex Protection Policy’, would provide the government with an opportunity to take the lead in the country to legally recognise people who are transgender.

He stated that K-P was the first province whose chief minister had notified a special committee for rights of transgender people. The committee, Naseem said, includes a transgender apart from activists who were working to address issues of the community and ensuring the provision of basic rights.

Naseem stated once implemented, the policy would bring K-P in line with international best practices for legal gender recognition of people who are transgender addressing problems such as health, education, identity cards and travel documents.

Earlier in June, the first passport to a person who is transgender was issued carrying the symbol recognising their gender.