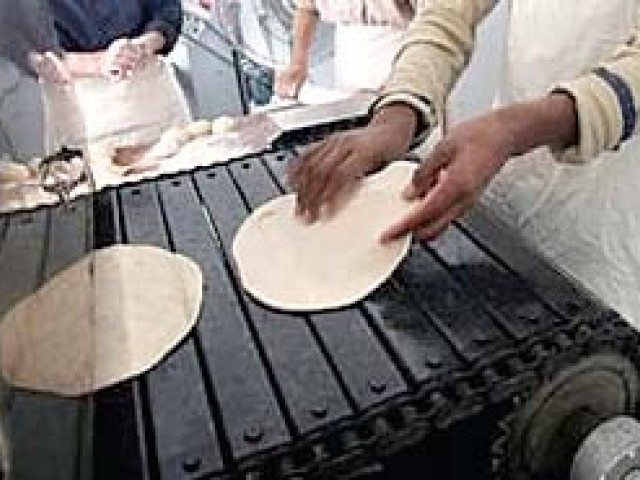 LAHORE: The opposition has submitted several adjournment motions in the Punjab Assembly (PA) against the Sasti Roti scheme, abduction of babies from hospitals, schools not following SOPs and the increasing rate of motorcycle theft.

PTI MPA Sadia Sohail Rana, in her adjournment motion, said that the ‘Sasti Roti’ scheme is not functioning despite all the money that has been spent on it from the exchequer. She maintained nobody is aware of where the money is going. “The rulers are not ready to answer where Rs70 billion had been spent.” She added Rs30 billion were obtained on loan with interest and the budget for the scheme has reached Rs70 billion from an initial Rs7.5 billion.

A year after abduction, child reunited with mother

The government has caused losses to the national exchequer rather than providing Sasti Roti to the needy masses. “Four officials, including 13 employees, are working in the office of the Sasti Roti scheme.”

The second adjournment motion was submitted by Dr Muhammad Afzal of PML-Q. He claimed 18 children were abducted from Faisalabad and Rawalpindi hospitals over the last two years. The majority of the abductions were reported from the Faisalabad Hospital. He stated most cases had occurred in connivance with the management of the hospitals.

The MPA claimed police had investigated some of the incidents and found that the hospital management was involved in 11 of the cases. He mentioned that a newborn girl was recently abducted from Jinnah Hospital and said this was highly regrettable.

Afzal pointed out that the mother of the baby has been demanding that the government take strict action against those responsible and take appropriate measures to control the abductions of children.

The third adjournment motion was submitted by Malik Taimoor of PTI against the management of schools not following SOPs. He stressed that the recent rains had affected 1,000 schools due to the negligence of officials. He stated the boundary walls of many had collapsed with the rains, while roofs were found to be leaking. Meanwhile, the buildings of 12,000 schools were in a dilapidated state.

The fourth adjournment motion was submitted by PTI’s Ahmed Khan Bachar against the increasing rate of motorbike theft. He said there were 84 police stations in Lahore and 252 pickets had been set up on the roads. “Despite patrolling of the Dolphins Force, the crime ratio hadsnot been controlled. In the first six months of the current year, 110 bikes were snatched and none of the stolen motorcycles had been recovered.”