Offici­als say prison­er was said to be mental­ly ill, was in mental ward of jail hospit­al
By Our Correspondent
Published: July 3, 2017
Tweet Email 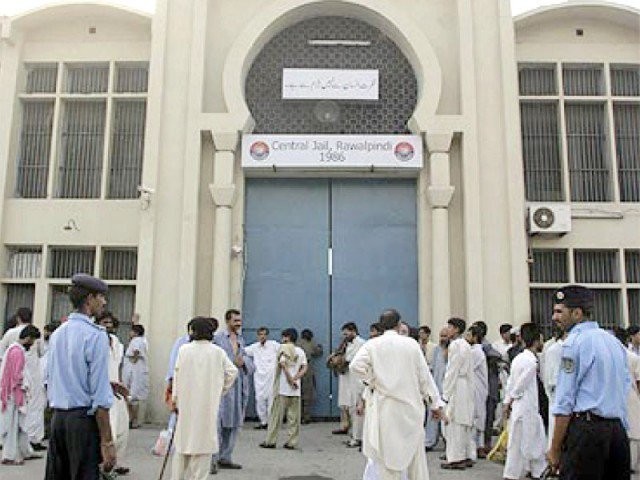 Officials say prisoner was said to be mentally ill, was in mental ward of jail hospital. PHOTO: EXPRESS

RAWALPINDI: An undertrial prisoner at the Adiala Jail committed suicide late on Saturday night by hanging himself in the washroom of the mentally ill inmates’ ward.

Muhammad Ameer, who was said to be suffering from mental illness, strangulated himself with a piece of cloth in the mental ward of the hospital in Adiala Jail.

Saddar Berooni police station SHO Malik Rafaqat said that jail authorities had handed over Ameer’s body to the local police who subsequently handed the body over to his family after carrying out a mandatory post-mortem.

Rafaqat said that based on what he knew, Ameer was mentally ill and was undergoing treatment at the jail’s hospital. Moreover, he said that the prisoner was reportedly repeatedly asking the jail authorities to ‘hang him for his crime’.

Meanwhile, Adiala Jail Superintendent Saeedullah Gondal said that the deputy inspector general of Punjab prisons and a local judicial magistrate had completed their inquiries into the suicide.

He added that said that Ameer’s family had reported that he was suffering from a psychiatric problem which was why he was being kept in the hospital at the jail.

The jail official further said that an attendant at the hospital found Ameer unconscious in the bathroom. The nursing staff tried to resuscitate the undertrial prisoner but he was already dead.

Moreover the attendant, Gondal said, saw a mark on Ameer’s neck indicating he used his blanket to strangulate himself.

Ameer was a native of Sargodha. He had been arrested by the Ramna police in Islamabad on March 16 for allegedly killing his wife, Bushra, in Sector G-12 of the capital.

Bushra’s brother had subsequently filed a complaint with the Ramna police against Ameer for murdering his sister with a pan used for baking bread. Ameer had been kept in the jail on judicial remand with his trial pending.