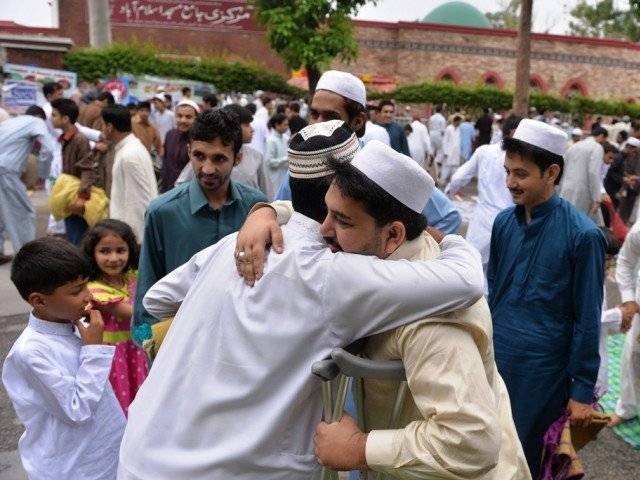 ABBOTTABAD: At least 16 people died and several others were injured in separate incidents in the Hazara division during three days of Eidul Fitr.

According to police, Jehanzeb Aurangzeb was collecting gift money during a marriage ceremony when he was struck by a stray bullet which was accidentally fired by Wajid who was cleaning his pistol. As result, Aurangzeb died on the spot.

Separately, Mumtaz Hussain lost his life when people exchanged harsh words during a jirga and Dost Muhammad allegedly opened fire on him and fled.

650 injured during accidents on Eid holidays

In Khanpur, unidentified gunmen barged into a house and killed Mushtaq Hussain and injured two others, allegedly over an old enmity.

Police arrested the pickup driver and registered an FIR against him.

Another biker, Syed Masood Shah of Monan Village in Haripur, was killed when a Suzuki High Roof van hit him and sped away. Separately, Muhammad Dad of the Kholian area was travelling on his motorbike when a speeding van crushed him to death on the GT Road in Haripur.

According to police reports, in the Lohar Banda village of Mansehra, two rival groups clashed on a monetary dispute. As a result, Amir Shah was killed while two others were critically injured in the clash.

Two people, Qazi Habib of Peshawar and Ayaz Qadir of Charsadda, lost their lives when a jeep they were travelling in plunged into a deep gorge near Lake Saiful Malook.

Syed Habib and his son Wajid, from Shari village of Torghar district, were killed when unidentified gunmen opened fire on Habib’s family as they headed home. Police said the attack was linked to a tribal feud.

Meanwhile, a land dispute between two tribes of Pattan in Kohistan claimed the life of Abdul Rasheed. At least six others were also injured in the exchange of fire. A minor daughter of Badrul Islam drowned in the stream at Dhodial. Her body was recovered a kilometre downstream from her native town.