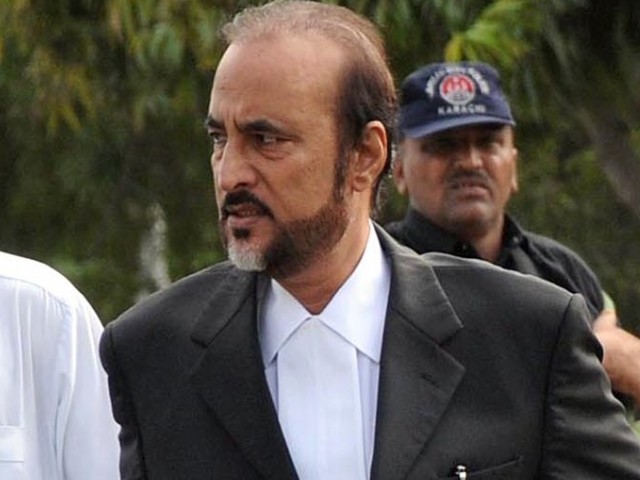 Addressing the resignation to Rabbani and President Mamnoon Hussain, Awan wrote, “I strongly hope that under your leadership the Upper House of Parliament will continue to protect the rights of weaker classes, backward areas, minorities and women.” 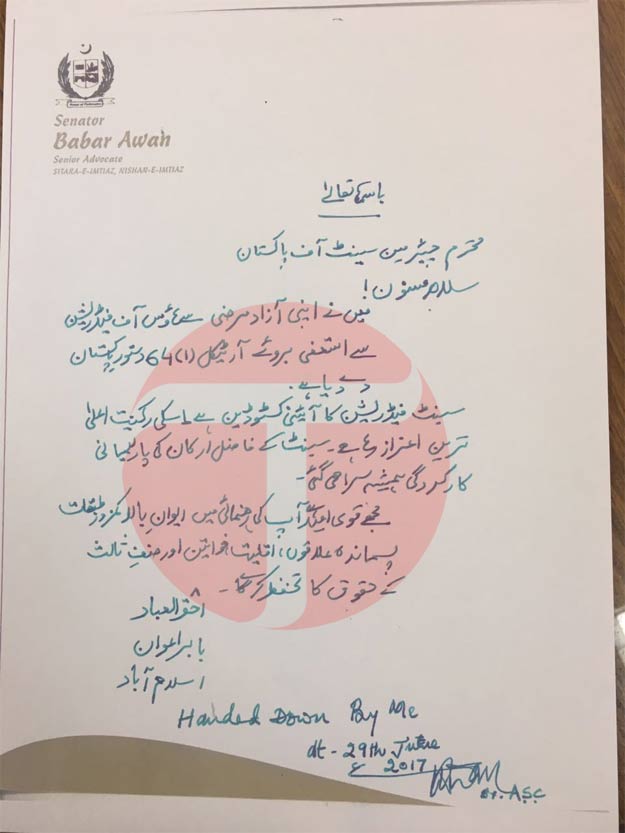 Awan announced last week he is joining Pakistan Tehreek-e-Insaf (PTI), thereby ending his two-decade-long association with the PPP.  “I had a challenge confronting me whether to remain a senator for another year or join the country’s real opposition party,” Awan told media persons at his residence in Islamabad.

“Allah guided me towards the right path. And today after 21 years long association, I announce to resign from basic membership of PPP,” he had said.

Awan served as minister for law and justice during the previous tenure, of the Pakistan Peoples Party (PPP). However, he parted ways with the party, following his differences with Co-chairman Asif Ali Zardari. Awan had recently got close to the PTI chief, becoming one of his counsels in the Panamagate case.