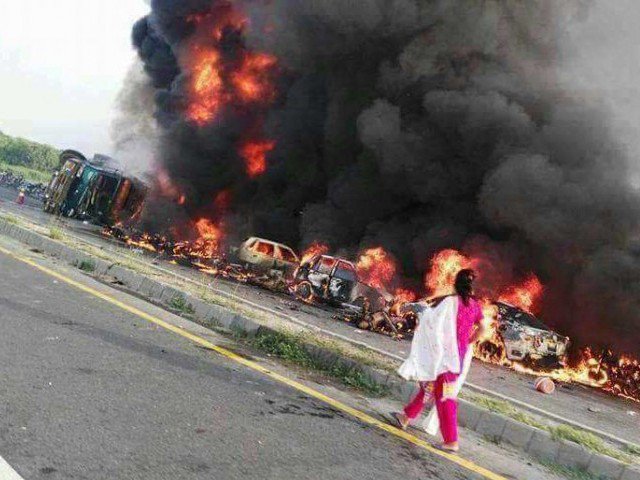 The investigation report of the Bahawalpur oil tanker inferno blamed motorway police, saying the deadly incident, which claimed over 160 lives, took place due to the negligence of the police personnel.

According to the report, at time of the tragedy the police were changing their shift. The officials of the first shift left their positions well before the second shift could take over their duties.

It further said the incident would not have taken place if the motorway police could cordon off the incident site.

The probe report of the Ahmedpur Sharqia incident has been sent to Punjab Chief Minister Shahbaz Sharif.

On Sunday, the speeding tanker carrying 40,000 litres of fuel overturned on a main highway while travelling from Karachi to Lahore. The driver lost control when the vehicle blew a tyre. A large crowd of people gathered, many to collect fuel in containers.