Rains and thunde­rstorm­s expect­ed across the countr­y in the next 48 hours
By Our Correspondent
Published: June 27, 2017
Tweet Email 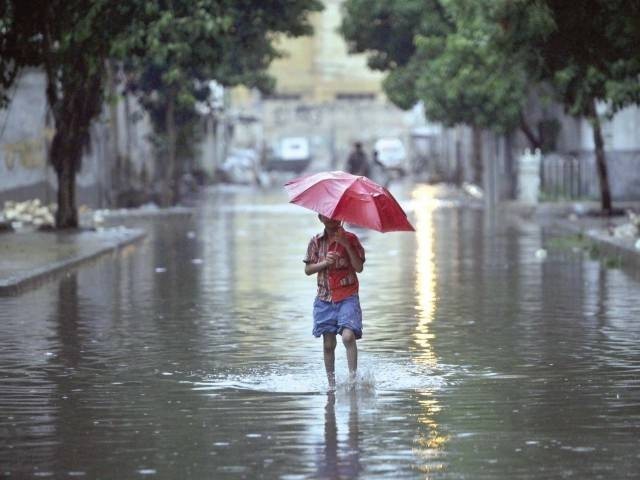 Citizens have been urged to contact their local government representatives or the Madadgar helpline in case of emergency. PHOTO: REUTERS

KARACHI  : The Karachi Metropolitan Corporation has imposed an emergency in the city after the Pakistan Meteorological Department predicted on Tuesday widespread rains across the country in the next 48 hours.

In a weather advisory, the met office predicted rains and thunderstorms in the next 48 hours in Upper Punjab, Lower Sindh, Khyber-Pakhtunkhwa, Eastern Balochistan and Kashmir regions. 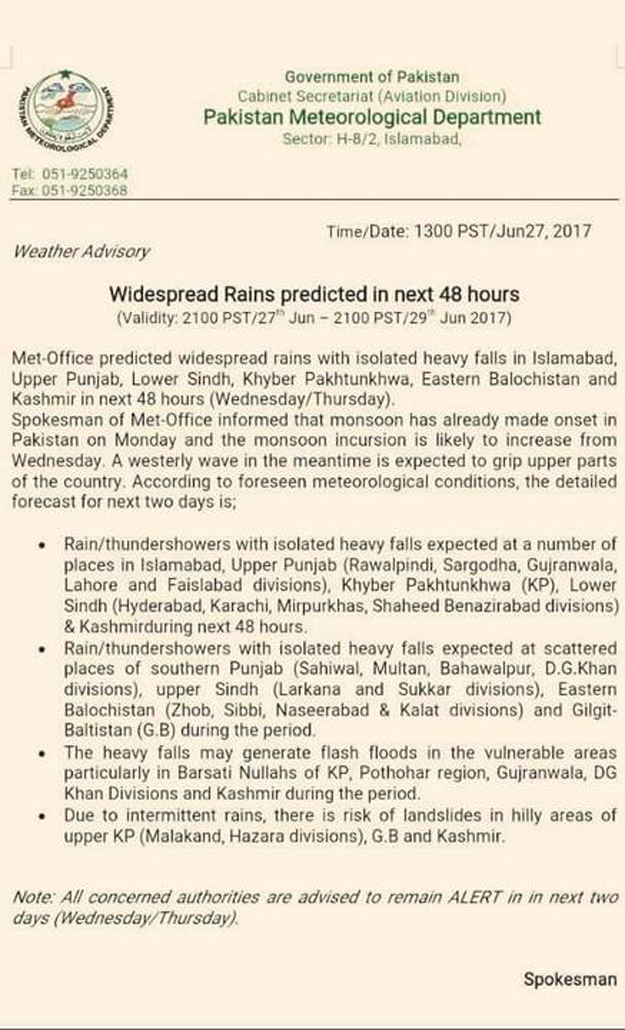 Karachi Deputy Mayor Arshad Vohra has alerted all local districts heads and officials and they have been summoned at the mayor’s office on the third day of Eid (Wednesday).

Vohra has also ordered cleaning up of all storm-water drains and drainage systems in the city.

Citizens have been urged to contact their local government representatives or the Madadgar helpline in case of an emergency.

According to the met department’s advisory, the monsoon season began in the country on Monday and its strength is likely to increase from Wednesday.