Pakist­an still lags behind in terms of volume of start-ups and incuba­tors
By Yusuf Hussain
Published: June 26, 2017
Tweet Email 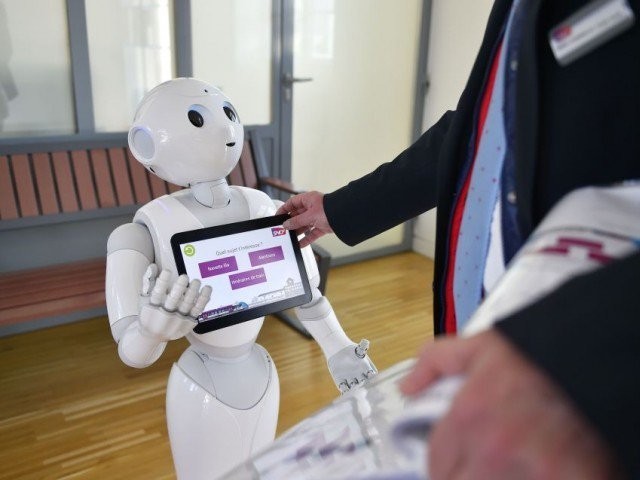 ISLAMABAD: The fourth industrial wave, a notion introduced and evangelised by the World Economic Forum, is propelled by cyber-physical technologies like Artificial Intelligence (AI), Internet of Things (IoT), robotics, blockchain and implantables that promise to have as profound an economic and social impact as preceding industrial waves, driven by the steam engine, electricity and information technology.

As in the IT wave, the building blocks of the new industrial wave are shaping up to be start-ups, which after funding by venture capitalists and angel investors, evolve into a Google, Apple, or Facebook – now among the most valuable corporations in the world.

Over the last three years, Pakistan has been abuzz with entrepreneurial activity. Yet, in terms of the volume of funded start-ups, quantum of investment, number of effective incubators, where start-ups are nurtured, and successful exits, when start-ups scale and investors make money, the country lags compared to other emerging economies.

It is therefore reassuring that the Ministry of IT and Telecom (MoIT) is taking a number of initiatives to fast-track the growth trajectory of the start-up ecosystem.

A breakthrough in terms of transitioning the country’s regulatory regime from an industrial age paradigm, based on corporations, raw material and manufacturing to a knowledge age paradigm, based on small firms that are fuelled by ideas and human capital, is the definition of “Start-ups” in the current budget for 2016-2017.

Once registered with PSEB, www.pseb.org.pk, start-ups will become eligible for a three-year income tax exemption. Further incentives for start-ups, venture capitalists, angel investors and incubators, as are provided by governments around the world, are on the anvil.

As mandated by its board, which is chaired by the Minister for IT Anusha Rehman, the National ICT R&D Fund – soon to be renamed “Ignite” – has transitioned into a Venture Capital Fund that invests into 4th industrial wave start-ups, with the objective of stimulating private venture and angel investment in the country.

It does so by tackling the technology risk, which deters most other investors. Ignite considers funding applications that not only contain a strong technology development component, but also provide a plan for commercialisation, customer research to validate problem-solution fit and commercial partners. The fund now provides “smart” money, rather than “dumb” money, through its international network of mentors and in-house evangelists.

Bridging the industry-academia divide has been the elusive holy grail of research commercialisation in Pakistan, since decades. When researchers submit funding applications, Ignite tackles this challenge by helping link them to entrepreneurs and by helping them found start-ups, where the researcher serves as Chief Scientific Officer (CSO) or Chief Technology Officer (CTO), while the entrepreneur, in some cases recruited once the tech is proven, serves as the CEO and leader.

In technologically advanced countries, corporates play a critical role in the innovation ecosystem. Though innovation is not part of the DNA of most corporates, which focus on operations and incremental improvement, they are forced to innovative in order to compete and survive in increasingly challenging and disruptive business environments.

Many corporates accomplish such innovation through start-ups – by establishing VC funds and incubators, and through acquisitions and business relationships. Starting with Karachi, Ignite has recently initiated a series of conclaves with the corporate sector in order to brainstorm ways of igniting corporate innovation and thereby global competitiveness, through collaboration with start-ups.

Partnering with start-ups to vie for funding, bidding for Ignite-funded incubators, participating in outcome-oriented vertical industry-focused innovation events and taking innovation surveys to establish baselines and track improvement are some of the planned initiatives.

Since the last two years, the surge in broadband connectivity to over 41 million connections, enabled by three successful MoIT broadband auctions, has enabled a surge in start-ups providing portals, mobile apps and e-commerce sites.

With venture capital, some of these start-ups, together with new ones based on fourth industrial world tech, will be able to scale, disrupt and provide accelerating economic value, employment and dignity of labour.

The write is an entrepreneur, angel investor and technology enthusiast, currently serving as CEO of National ICT R&D Fund (soon to be called ‘Ignite’)