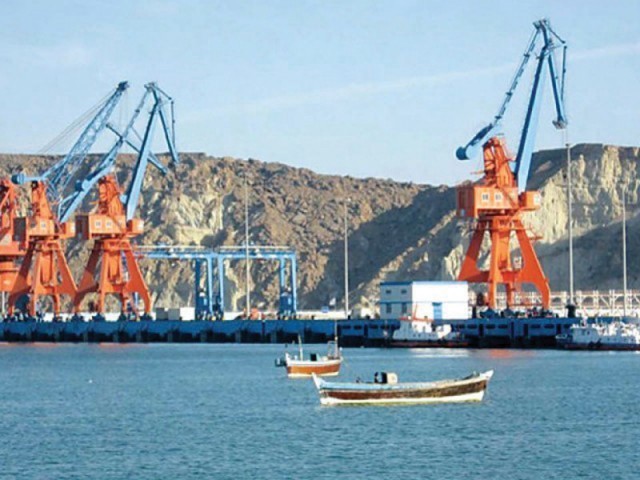 The Chinese offer was too good to ignore where ample funding was offered for infrastructure projects in Pakistan at much lower interest rates as compared to international money markets. photo: file

LAHORE: The recently concluded Belt and Road Summit, hosted by the Chinese government in Beijing, was an impressive show for China to project its power and influence in the region and beyond.

The event was attended by 29 heads of states and governments, representatives of 140 countries and 70 international organisations.

Prime Minister Nawaz Sharif led the delegation of Pakistan, which included chief ministers of all the provinces. The delegation also comprised a number of federal ministers and high-ranking officers.

Under the Belt and Road vision of Chinese President Xi Jinping, Beijing has embarked on an ambitious plan for land and maritime connectivity with neighbouring countries, especially those located on its western borders, with the policy objectives of reducing its dependency on the South China Sea for global trade.

At present, 70% of China’s international trade and 80% of its petroleum requirements pass through the Malaca Straits in the South China Sea and any disruption could have severe economic repercussions for China.

The China-Pakistan Economic Corridor (CPEC) is one of the six connectivity initiatives where China will be spending considerable resources for the development of infrastructure including seaports, railway linkages, highways and allied facilities to improve its market access.

Under CPEC, the Chinese government has to date committed $57 billion and the project will connect China through Pakistan with the Arabian Sea. The resource commitments for CPEC are mainly under three broad categories. The first component includes projects that will be undertaken with the help of grants from the Chinese government.

The second component comprises a large number of power projects under the Independent Power Project (IPP) concept where private sectors from both countries will pool resources and seek funds from mainly Chinese banks.

The third and most discussed component includes infrastructure projects that will be built through loans to the government of Pakistan.

When the present government took over in June 2013, one of the main development challenges it faced was the deteriorating infrastructure that was preventing Pakistan from realising its economic potential.

The options available for funding the development and improvement in the infrastructure included funding through tax revenues, domestic debt and foreign debt.

The federal government did not have sufficient fiscal space to allocate enough resources from the tax revenues due to the narrow tax base and low tax-to-gross domestic product (GDP) ratio.

The other option under consideration was resource mobilisation through domestic debt that mainly involved printing currency notes. This was a risky proposition and these policies usually lead to hyperinflation that may undermine economic solvency and stability of the state.

The third option was to approach international money markets by floating sovereign bonds and other debt instruments. Initially, the government experimented with this option, but had to pay high interest rates due to low credit ratings of the country.

In this scenario, the Chinese offer was too good to ignore where ample funding was offered for infrastructure projects in Pakistan at much lower interest rates as compared to international money markets.

Bankers, economists and policymakers know very well that money borrowing is not bad provided it is invested in ventures and assets that are able to repay and meet the debt commitments.

A number of developing countries faced with a similar situation, as experienced by Pakistan in 2013, opted for funding options through foreign debt. Most of these countries reaped considerable economic dividends.

So the policy choice for infrastructure development in Pakistan through Chinese loans was not an exception or aberration, but reflects the collective wisdom of the various policy choices considered by the government.

The infrastructure projects under CPEC will be completed by 2030. Pakistan will have a time period of 15 to 20 years to repay the loans obtained from China.

In order for these projects to work at optimal efficiency to be able to generate sufficient trickle-down effects on the economy, it is important to have a conducive regulatory environment that encompasses all experts of governance in the country. There is sufficient empirical evidence that demonstrates that infrastructure projects require enabling software for efficient functioning. The software for this is good governance and rule of law.

After the 18th Amendment to the Constitution, a significant number of functions have been delegated to the provinces. This delegation also required allocating more resources for the provinces. But it does not absolve the federal government of its responsibilities of developing and maintaining federal infrastructure, especially relating to trade and logistics facilities such as airports, seaports, motorways and railways.

The investment in infrastructure by the federal government creates national assets that increase the economic worth of nations. The increase in net worth creates prosperity and enhances economic well-being of nations.

The federal government also needs to work closely with the provinces on the software side of infrastructure as majority of the issues relating to governance and rule of law are delegated to the provincial and local governments.