PFA to bring poultry farms under its licensed network

PFA to bring poultry farms under its licensed network

The licens­e would ensure that only health­y poultr­y enters the market.
By Rameez Khan
Published: June 24, 2017
Tweet Email 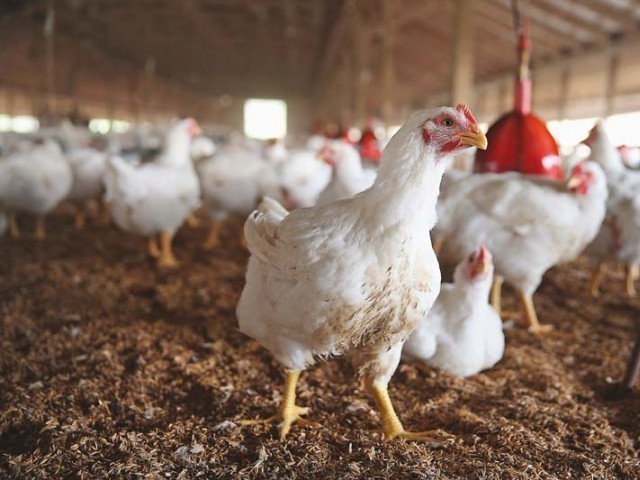 LAHORE: In order to address the concerns of general public regarding the adverse effects of poultry on human health, the Punjab food Authority has decided to bring poultry farms under its licensed network, The Express Tribune has learnt.

According to the Punjab Food Authority Director General Noorul Amin Mengal, the license would ensure that only healthy poultry enters the market. He said the authority would also licence dairy farms and fish farms as well. Regarding concerns of the PFA from overstepping into another department’s domain, he said anything edible or consumable comes under the ambit of their authority. He said the authority would also hire vets at every district for the purpose of overseeing these farms.

The PFA had also formed a committee for preparing standards of poultry feed that meet representatives of Poultry feed association to deliberate on the matter.

Addressing the meeting, Mengal said there were wide concerns regarding presence of growth hormone, steroids and heavy metal in poultry feed. “There are fears that poultry is adversely affecting growth of young girls. Poultry feed should be regulated accordingly,” he said.

Meeting was also briefed on Poultry Feed Act and its rules recently made by the livestock department. The meeting was informed that all concerns raised by PFA regarding composition of poultry feed have already been addressed in the rules.

Big Bird Managing Director Dr Mustafa Kamal said all the concerns pertaining to the consumption of poultry blamed for misbalancing growth hormone in young girls and steroid were unfounded.

“Poultry industry has taken a hard blow due to these baseless assumptions,” he remarked. He also urged the PFA to work with them to restore their image. He said there were no medical grounds for any of the above mentioned allegations. “For a poultry farmer, the most valuable commodity is their poultry. No poultry farmer will ever put lives of his birds in danger.”

He, however, admitted that there were a few cases where chicken was brought in the market before the complete withdrawal effects of antibiotics.

“Such cases are not sufficient to give a bad name to the entire industry. Genetic growth in poultry or in agriculture is not harmful to human health as is widely perceived,” he explained.

He said poultry feed they produce, majorly comprises of 65% to 70% corn seeds and 20% to 25% soybeans. Fish meal used previously was replaced by soybeans. He said poultry was the best sources of proteins.

Mengal said the purpose of bringing all farms under the umbrella of PFA was only to ensure that malpractices don’t take place. He said they would work with poultry feed association and livestock department in bringing improvement to the rules and regulations, where needed. “We will also ensure live monitoring of these farms through a monitoring centre that will be established in Punjab Food Authority,” he said.