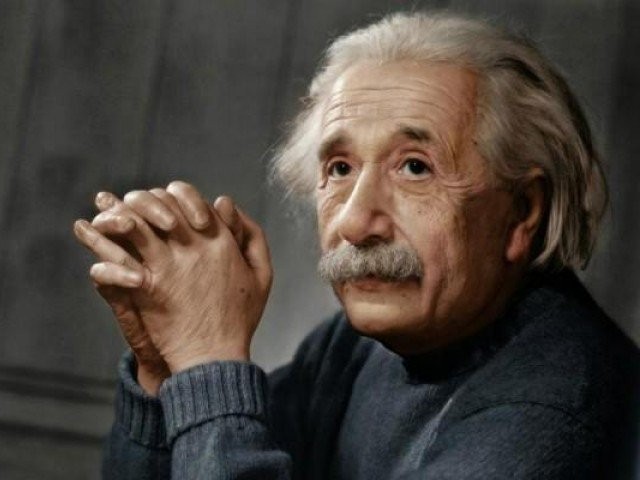 Collection of 56 letters to be sold at auction from July 6 to 13 and covers a raft of subjects. PHOTO: REUTERS

LONDON: Albert Einstein may have been a genius when it came to the world of physics — but the magic formula for marriage eluded him, according to letters up for auction at Christie’s.

The man behind the theory of relativity was on less solid ground when it came to relationships, according to a series of letters to his lifelong friend and collaborator Michele Besso.

“What I admired most in him as a man was the manner in which he managed to live for so long peacefully but also durably with a spouse —  an enterprise in which I piteously failed twice,” Einstein wrote to Besso’s family on March 21, 1955, just after his friend’s death, which preceded his own only by weeks.

In an emotional final paragraph, Einstein wrote of Besso: “Now he has again preceded me a little in parting from this strange world.

“This has no importance. For people like us who believe in physics, the separation between past, present and future has only the importance of an admittedly tenacious illusion.”

Besso provided moral support to his close friend since their student days in Zurich in the 1890s as Einstein endured marital difficulties with first wife Mileva, from whom he separated in 1914.

They divorced in 1919 and he then married his cousin Elsa.

The collection of 56 letters to be sold at auction from July 6 to 13 stretches across 50 years and covers a raft of subjects.

They include intellectual matters, not least his study of relativity — “a promising field theory” — but also the rise of Hitler and the intimacies of private life.

Einstein at times shows great humility but also humorous self-deprecation, often joking about himself while also emphasising his deep love of his work.

He described his scientific breakthroughs as “getting closer to God”.

In one letter he urges Besso to “keep me informed of the situation by means of postcards, without paying too much attention to any continuity of content. In the age of quantum theory, this is perfectly permissible.”

Einstein died at the age of 76 in Princeton, New Jersey, having in 1940 taken out US citizenship. He renounced his German citizenship in 1933 after the Nazis came to power.