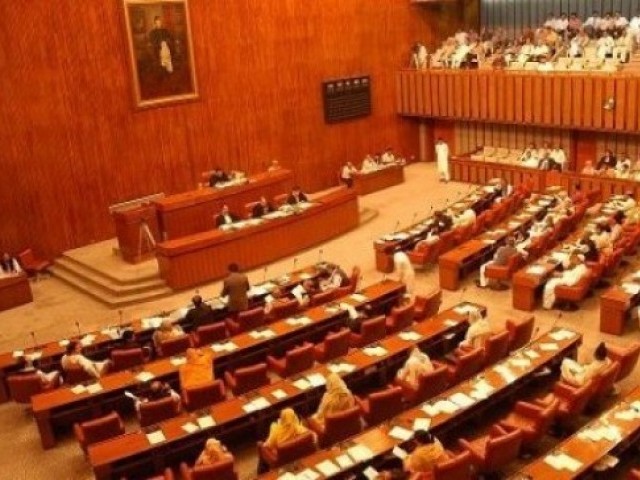 The absence of a majority of ministers and three back-to-back walkouts mainly by senators from opposition parties marred Senate proceedings on Tuesday.

Of the 23 private member bills, only two were taken up and referred to relevant committees while most of the other items on the agenda also could not be discussed during the sitting that lasted 85 minutes.

Initially, some ministers turned up but they left the house after some time prompting the opposition to stage a walkout. Some parties on government benches also participated in two other separate walkouts staged by the opposition on issues of missing persons in Balochistan, law and order situation in Karachi, power shortage and other issues.

“There is no court, no government, no rule of law, no administration – this is what the people of Fata are going through even today,” Jamaat-i-Islami’s Senator Professor Khurshid said.

Law Minister Babar Awan said the regulations should be observed in this context but did not offer any details on the resolution.

Earlier, lawmakers expressed deep concern over the continuing trend of missing persons in Balochistan. Senators condemned the police’s manhandling of women who were protesting against the government in the federal capital over the missing persons issue. Interior Minister Rehman Malik told the house that a committee has been constituted to investigate the matter of missing persons.

Senators from the Muttahida Qaumi Movement (MQM) accused Malik of being partisan while acting against outlaws in Karachi. They said a selective operation was being carried out where those affiliated with the Pakistan Peoples Party (PPP) were not touched.

A committee has been constituted to control such crimes in Karachi, Malik told the senators.

Leader of the Opposition in the Senate Wasim Sajjad will start a debate on President Asif Ali Zardari’s address to the joint session of the parliament today (Wednesday). On Tuesday, the debate could not begin due to the absence of most lawmakers. The Senate chairperson requested him to begin the debate today when the house resumes at 10:30am.