Inform­ation minist­er says we can clear misper­ceptio­ns about us in the world throug­h films
By Sehrish Wasif
Published: June 18, 2017
Tweet Email 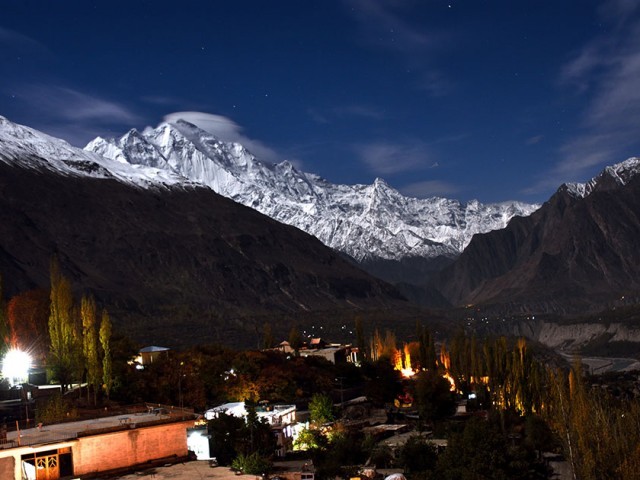 ISLAMABAD: In a bid to attract tourists from all over the world, Pakistan is looking forward to introducing ‘screen tourism’ to highlight its cultural diversity and scenic beauty at international level.

“Screen tourism will only be possible after revival of our film industry. Its main focus will be to showcase the true culture and heritage of Pakistan which would inspire people settled aboard, especially Pakistanis, to fall in love with their motherland and come back,” said Minister of State for Information, Broadcasting and National Heritage Marriyum Aurangzeb while talking to The Express Tribune.

“It will also help establish a link between the expatriates and their homeland Pakistan,” she added.

Tourism and archaeology budget cut by 52%

According to the minister, the trend of screen tourism is increasing worldwide as it is helping many countries attract tourists while impressing them by its beauty, rich culture and history.

Quoting an example of Indian movie Dangal which was screened in China and attracted people over there to explore India just by watching it, she said, “I want the same thing to happen with our movies as well, as people from all over the world should be able to explore the beauty, culture and heritage of our beautiful motherland.”

Describing the impression that movies are all about entertainment, music and dances as “misguided”, Marriyum said they could also be used in promoting the image of a country in different other ways as well.

“It is unfortunate that our youngsters are not much aware of Pakistan’s history, the sacrifices rendered by our forefathers before and after the independence and the rich culture we have,” she lamented.

“Majority of our youth is well aware of famous tourist spots like Eiffel Tower in Paris, Petronas Twin Towers in Kuala Lumpur and Lincoln Memorial in Washington DC – but not much aware of Minar-e-Pakistan, Quaid-e-Azam Residency, Naltar valley and others,” she said, adding that Pakistan is full of breath-taking locations, stunning tourist spots and historical places.

The minister also talked about a ‘misperception’ in many western countries that Pakistani women do not go out to work, are victims of a male-dominated society, have to keep themselves fully covered all the time and do not take part in the decision-making process.

“However, through our films we have to tell the world that Pakistani women do not lag behind anyone… they are making their mark in every field, they are highly talented and courageous,” she said.

On terrorism undermining Pakistan’s real image, the minister said, “Revival of film industry will go a long way in dispelling the negative perception” about Pakistan.

“Pakistan should be recognised as a peaceful and loving country among the nations,” she remarked, adding that the film industry could play a critical role to achieve that objective.

She said Punjab Chief Minister Shehbaz Sharif would soon hold consultations with people associated with the film industry, including artists and filmmakers to discuss the prime minister’s special package.