Family claim undera­ge girl was kidnap­ped; husban­d, girl say it was of her free will
By Our Correspondent
Published: June 17, 2017
Tweet Email 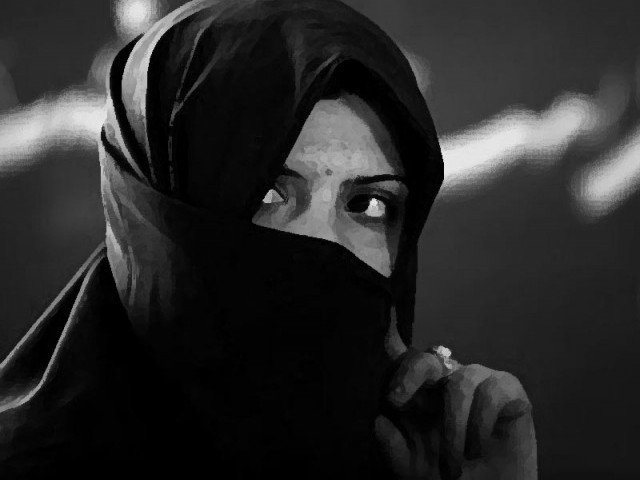 HYDERABAD: An allegedly underage Hindu girl, Ravita Meghwadh, has been forcibly converted and married in Tharparkar, according to her family. However, the girl and her husband, Syed Nawaz Ali Shah, have filed a petition in the Sindh High Court praying for protection, while declaring the conversion and their marriage wilful.

On June 6, Ravita converted to Islam at a khanqah in the Samaro taluka of Umerkot district and changed her name to Gulnaz. On the same day, Nawaz and Gulnaz solemnised their marriage vows at the marriage registrar in Gulzar Khalil union council in Samaro.

But the family denies this version of events and is accusing Nawaz and his family of kidnapping Ravita. “She was abducted from home and was forcefully married to a man who is double her age,” claims Satram alias Satio Meghwadh, the girl’s father, who also lodged an FIR of kidnapping four days ago at the Nano Dandal police station in Nangarparkar, Tharparkar district.

Four persons, including Madad Ali Shah, Umar Junejo and Sheru Junejo, besides Shah, have been nominated under Section 365-B of the Pakistan Penal Code. The family has based their claim of her being underage on a primary school certificate in which her date of birth is written as July 14, 2001.

Lajpat Meghwadh, Ravita’s brother-in-law, said that he married her elder sister on April 29 this year. “My wife is barely 18-years-old. How can her younger sister be an adult?” he said.

Interestingly, the marriage registrar mentioned Nawaz’s year of birth as 1980 and national identity card (NIC) number on the marriage certificate but Ravita’s age was written as ‘approximately 18’. Her NIC number was also not mentioned.

Similarly, the certificate of conversion to Islam also does not mention her date of birth or NIC number. It also states that her age is ‘approximately 18’.

Right to choose: Bill against forced conversions likely to be tabled within days

He said Ravita did not have a mobile phone and was restricted to her home after completing her primary education. “Unlike other women, she never left home to fetch water from the well or worked as a maid in anyone’s home.”

Nawaz could not be contacted for his version. He and his wife told the local media in Kunri, Umerkot district, that they married of their free will. They accused the Meghwadh family of threatening him and his family.

Advocate Bhagwandas told The Express Tribune that the Meghwadh family is also filing a petition in the Sindh High Court. He said the marriage was solemnised in violation of the Sindh Child Marriages Restraint Act, 2013, which was passed by the Sindh Assembly on April 28, 2014, followed by the governor’s approval on June 10, 2014.

The law restricts registration of marriages of people below 18 years of age. An offence under this act is cognisable, non-bailable and non-compoundable. It brings a punishment of up to three years in jail for the groom, the person solemnising the marriage and even family of the male and female tying the marital knot.

According to the local police station’s SHO, Qurban Rajpar, the police are not arresting people nominated in the FIR because of the court’s notice.