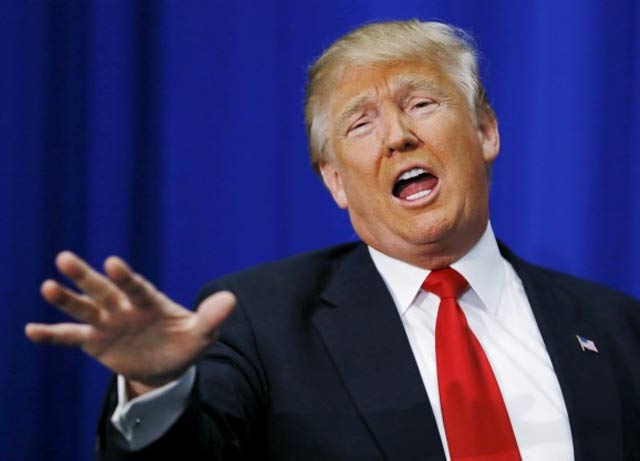 WASHINGTON: A first full meeting of Donald Trump’s cabinet featured effusive praise of the embattled president Monday, a bid to project success that prompted ridicule and criticism from some quarters.

Trump kicked off the meeting by claiming that his White House had achieved “amazing results” and had “been about as active as you can possibly be and at a just about record pace.”

That prompted a chorus of flattery, as cabinet members took turns to offer their rose-tinted views on an administration that by any measure has lurched from crisis to crisis and struggled to enact its agenda.

“On behalf of the entire senior staff around you Mr President, we thank you for the opportunity and the blessing that you’ve given us to serve your agenda and the American people,” said chief of staff Reince Priebus.

Priebus is among those whose job is perennially rumored to be on the block, as Trump mulls changes to try and get the administration back on track.

“It is the greatest privilege of my life to serve as vice president. The president is keeping his word to the American people,” Pence said.

Pompeo then played on Trump’s disdain for the press, adding “I am not going to say a damn thing in front of the media.”

Attorney-General Jeff Sessions, who will testify to the Senate in connection with the Russia scandal Tuesday, said law enforcement officers across the country were “so thrilled” about the ideas Trump had brought to the White House.

One of those ideas, a signature ban on travelers from several predominantly Muslim countries, has run afoul of the courts.

An appeals court on Monday upheld a block on that policy, saying the president had “exceeded the scope of the authority delegated to him by Congress.”

Trump’s UN ambassador Nikki Haley, said “the international community knows we are back.”

Secretary of Agriculture Sonny Perdue reported that a recent trip had shown him that the people of Mississippi like the president.

Monday’s meeting was billed as the first to bring together Trump’s complete cabinet, almost six months after Trump took office, after delays in confirming Perdue, as well as Labor Secretary Alexander Acosta and US Trade Representative Robert Lighthizer.

The remarkable display prompted ridicule from top Senate Democrat Chuck Schumer, who posted a satirical video of himself meeting with staff.

One staff member described Schumer’s recent television appearance as “perfect,” another suggested “you have great hair. Nobody has better hair than you.”

After delay, Trump’s family joins him in White House