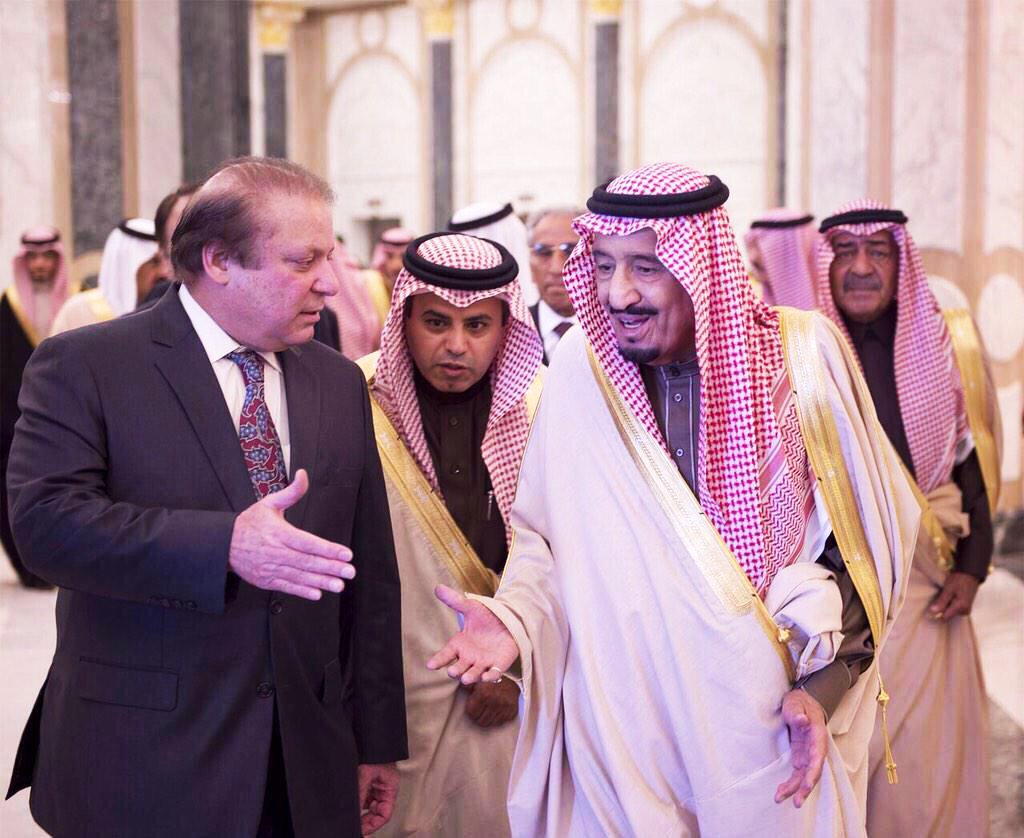 A brief statement issued by the PM House prior to his departure said the visit was taking place “in [the] context of emergent situation in the GCC [Gulf Cooperation Council] countries.”

Finance Minister Ishaq Dar and Adviser to PM on Foreign Affairs Sartaj Aziz are also part of the delegation.

Upon his arrival in Jeddah, PM Sharif was received by Governor Makkah Prince Faisal Bin Abdul Aziz. Later, the premier and his delegation called on the Saudi king, who, according to the statement, was also to host “an iftar dinner in the honour of visiting delegation”.

Arab powers, including Saudi Arabia, Egypt, Bahrain and the United Arab Emirates, on June 5 took the unprecedented decision to cut off their air, sea and land links to Qatar, accusing it of sponsoring terrorism in the Middle East.

Pakistan had expressed serious concerns over the growing tensions between Saudi Arabia and Qatar and on June 8, PM Sharif – during his visit to Kazakhstan – said Pakistan would do all it could to amicably resolve the diplomatic crisis in the Gulf.

“Since Pakistan enjoys good relations with Saudi Arabia, Iran and Qatar, we will try our best to resolve the differences among the Arab countries,” Sharif had said while speaking to journalists during a two-day meeting of the Heads of State Council of the Shanghai Cooperation Organisation (SCO).