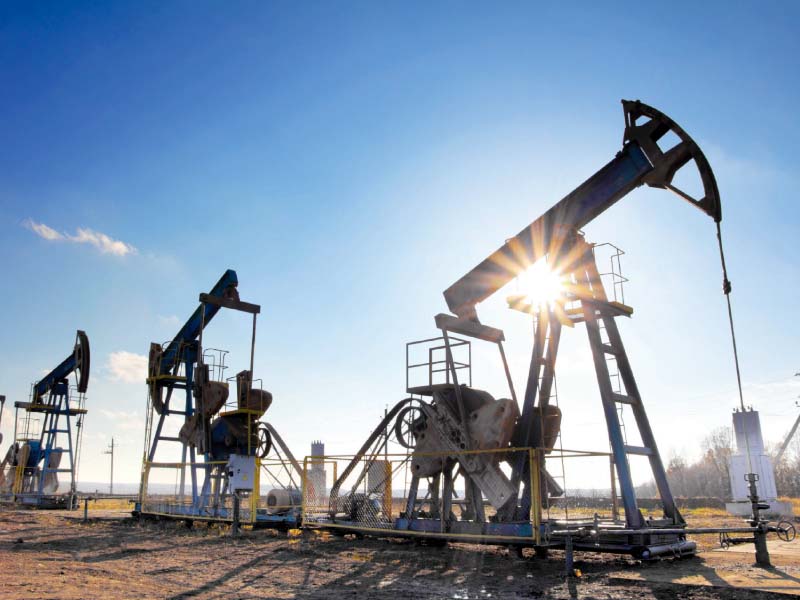 KARACHI: Oil and Gas Development Company (OGDC) has found new oil and gas deposits in Chabaro-1 well located in Khewari block in Sindh, according to a bourse filing on Monday.

“The well has shown flow of 15.10 mmscfd (million standard cubic feet per day) of gas and 20 barrels per day (bpd) of condensate,” OGDC Company Secretary Ahmed Hayat Lak said in a notification to the Pakistan Stock Exchange (PSX).

‘Sindh can make the entire country self-sufficient in energy’

The drop may be linked with the free-fall across the market as the benchmark KSE 100-share Index slumped 3.74%, or 1,855.12 points, to 47,671.80 points. OGDC is the operator of Khewari block while Government Holdings Private Limited is a partner in the joint venture. They have 95% and 5% stake respectively in the block.

“The discovery of Chabaro-1 is the result of an aggressive exploration strategy adopted by the company. It has opened up a new avenue and will add to the hydrocarbon reserves of OGDC and of the country,” the bourse filing added.

The exploratory well was drilled down to the depth of 3,674 metres, it said.

IGI Securities said in a note to its clients that “production from the well will be priced under the Petroleum Policy 2012.”

“Based on our estimate, we expect annualised earnings impact of Rs0.17 per share (0.8% of FY18 earnings) for OGDC based on oil price assumption of $50 per barrel,” it added.

“(Chhutto-1) test shows flow of 8.66 million standard cubic feet per day of gas and 285 barrels per day of condensate,” said the company.

OGDC manages largest reserves of hydrocarbons in the country. It recently hit an all-time high production of 50,000 bpd, which is almost half of the country’s oil production these days.

The state-owned firm’s net profit dropped 12% to Rs30 billion for the six-month period ended December 31, 2016 on the back of lower sales value and 100% higher exploration cost.