Could this be anothe­r dig from one singer to anothe­r?
By Reuters
Published: June 10, 2017
Tweet Email 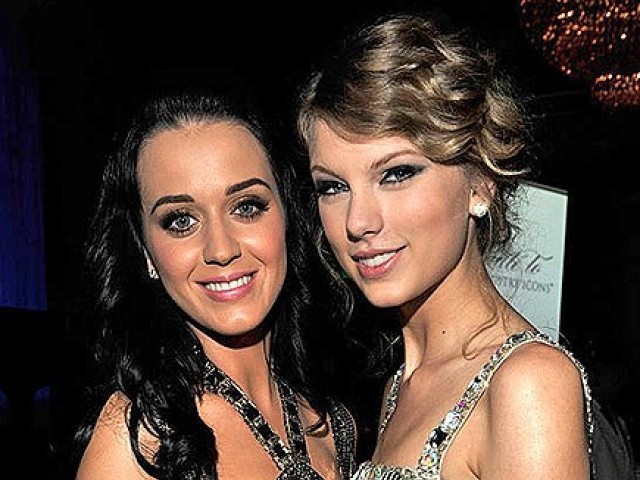 Taylor Swift got back together with Spotify on Friday, returning her music to streaming services almost three years after complaining publicly that they did not pay artists enough. And on the same day, rival Katy Perry released a new album.

Swift, one of the world’s best-selling pop stars, also made her music available on Pandora, Amazon.com and Tidal streaming services, her management team said. Her catalogue had previously only been available on Apple Inc’s Music service.

The pop star’s management said the latest decision to return to all streaming services was taken to celebrate her album 1989 selling over 10 million copies worldwide.

“Taylor wants to thank her fans by making her entire back catalogue available to all streaming services at midnight,” her management’s Instagram account – called Taylor Nation – said late on Thursday.

The move coincided with the release on Friday of Witness, a new album by Perry, Swift’s pop industry rival with whom she has a long-running personal feud. Swift, 27, has no new album to promote.

Swift pulled all her music off Spotify and other streaming services in November 2014 after writing an opinion piece in the Wall Street Journal saying that, “Piracy, file sharing and streaming have shrunk the numbers of paid album sales drastically. Valuable things should be paid for. It’s my opinion that music should not be free.”

Six months later, she struck a deal with Apple Music for her 1989 album after Apple bowed to pressure and agreed to pay artists during a free trial of its new streaming music service.

The announcement by Swift may ramp up rivalry with Perry, 32, who released her new album’s first single Swish Swish last month. She told talk show host Jimmy Fallon the song was “a great anthem for people to use whenever somebody’s trying to hold you down or bully you.”

Swift’s 2014 single Bad Blood has been seen as directed at Perry, and the Firework singer admitted recently that the two were not friends.