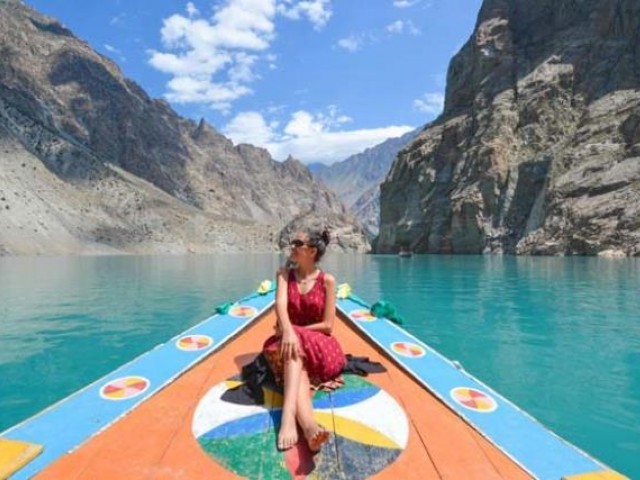 With raging militancy, frequent terror attacks and deteriorating law and order, it comes as no surprise that Pakistan has landed fourth on a list of the 20 most dangerous countries in the world for tourists.

Pakistan earned this distinction on the World Economic Forum’s Travel and Tourism Competitiveness Report, released earlier this week, which analyses the state of the tourism sector and travel in 136 countries.

The report ranks the safety of each of these countries based on measuring “the extent to which a country exposes tourists and businesses to security risks mainly related to serious harm to people (violence and terrorism).” However, petty crime is not taken into account.

The world’s most dangerous destinations

From the list, here are 10 of the most dangerous countries in the world for tourists so you might know which ones to avoid on your summer getaway.

An armed conflict between national forces and Russian-backed separatists has resulted in scores of casualties in the country.

The Central American country is home to one of the world’s highest murder rates.

Bombings and terrorist attacks are quite common in the country.

The volatile country has been plagued by the presence of several terrorist groups which frequently target public places. The country’s Coptic Christian community is also facing attacks by the Islamic State.

The South American country is in the grips of brutal economic crisis, facing shortages of basic goods such as water, food, medicine and electricity, leading to social unrest and crime throughout Venezuela.

Extremist groups Boko Haram and Islamic State West Africa are responsible for much of the violence that occurs in Nigeria. They commonly target heavily populated areas like churches, schools, restaurants, hotels, and entertainment venues

Pakistan ranks third on list of countries with worst reputation

Home to Tehreek-e-Taliban Pakistan, its offshoots and several sectarian-based extremism organisations, Pakistan has lost thousands of people to terrorism in the last decade or more. Religious minorities are frequently targeted with impunity, while the government has also restricted access for foreigners to several areas.

The Central American nation has one of the world’s highest homicide levels. It is also known for gang violence which includes everything from extortion to arms and drug trafficking.

Yemen is home to a civil war for the past few years and is also being targeted by Saudi Arabia-led coalition airstrikes against Houthi rebels. The humanitarian crisis is worsening every day in the country which is also now facing a cholera outbreak.

Colombia isn’t as dangerous as it once was. The FARC guerrilla movement, which had been fighting the government of the South American country for decades, laid down arms last year. However, it’s still not entirely safe: armed gangs are responsible for kidnappings, drug trafficking, and robberies that occur throughout the country, while acts of terrorism, like explosions, are common in many big cities like Bogota.