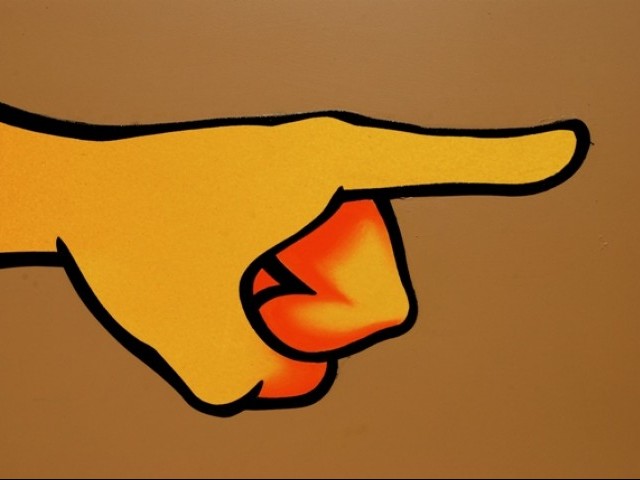 The students and teachers of Bahria University on Monday staged a protest demonstration against termination of a university teacher.

The students and teachers of Bahria University on Monday staged a protest demonstration against termination of a university teacher.

Holding banners and placards outside the university premises in sector E-8, the protesting students and teachers condemned the action of the university Rector Vice-Admiral Muhammad Haroon, and demanded reinstatement of the professor immediately. The students vowed to continue protests till the rector takes back his decision.

Prof Qamer Riaz was terminated for speaking against the university’s policies in presence of the Higher Education Commission (HEC) Chairperson Dr Javed Laghari. The incident took place during a question-answer session of a seminar in presence of the HEC chairperson Dr Javed Laghari, faculty and over 300 students on March 31. “Sir, what is the purpose of a university. And do you think that regimental suppression in educational institutions is affecting students’ creative development?” Prof Riaz asked the HEC chairperson during the seminar. When the rector asked the teacher to elaborate, he began to highlight the “regimental suppressions” being faced by students in the university. The rector, in response, called in the secuirty guards and forced the professor out of the auditorium and got him locked in the teachers’ room.

The following day the teacher in protest displayed a paper inscribed with a question mark on his chest and tied his arms with black band. Three days later, Prof Riaz was sacked. The Head of Department of Management Science Dr Shafqat Hameed Rana was also sacked for protesting against the teacher’s termination.

“[Prof] Riaz asked a valid question from the HEC chairperson and the rector, which is a fundamental right of any citizen,” said Dr Rana. Regarding his own termination, he said the rector took action against him “to settle old scores.” He said that he disobeyed the rector’s orders to give admission to some naval officers’ sons who failed to meet the university’s requirements. Moreover, Rana said that he had also refused the rector’s orders to hire a few retired naval officials as professors in his department. “These naval officers were not qualified enough to teach in the university,” he added.