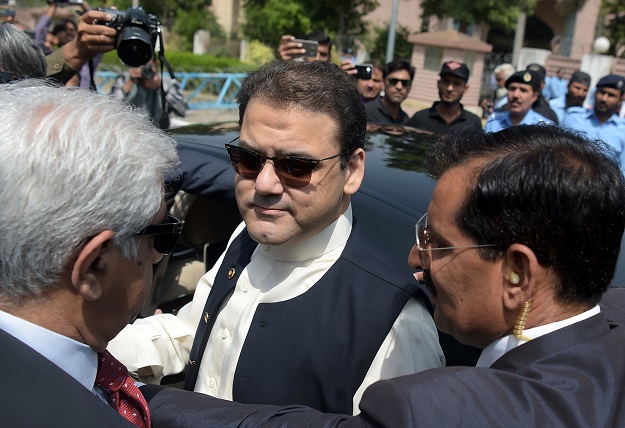 The Joint Investigation Team (JIT) tasked by the SC to probe the Sharif family’s offshore assets summoned on Wednesday Hasan Nawaz and Hussain Nawaz to appear before the probe team on June 8 and 9, respectively.

It will be Hussain’s fifth appearance: he has already appeared four times before the JIT over the past 10 days. This will be the second time the PM’s younger son, Hasan Nawaz, will appear before the JIT. He first appeared before the probe team on June 2.

After the JIT submitted its second fortnightly report to the Supreme Court, the government lawmakers hurled serious allegations against the JIT while expressing reservations over the impartiality of the team members.

“Result of the month-long investigation indicates the JIT’s inability to conduct such an important job,” PML-N MNA Talal Chaudhry said after attending the proceedings.

He believed that video recording was just a tactic to exert pressure on witnesses recording their statements.

Later, addressing a press conference here in Islamabad, federal minister Tariq Fazl Chaudhry said that the government had been blamed despite its cooperation with the probe team for a fair and free investigation, adding that it was being alleged that the PML-N was making the JIT proceedings controversial.

“Leaking picture of Hussain Nawaz is a matter of concern not only for the government but also for the entire nation. The on-going investigations are confidential, but the release of the picture is unfortunate,” Fazl said.

Senior PML-N leader Mushahidullah Khan said Kulsoom Nawaz, the mother of Hussain and Hasan Nawaz, was worried because of what he termed the drama staged by the JIT members by calling in an ambulance just as Hussain Nawaz appeared before the probe team.

Khan said even Pervez Musharraf, who had his entire government probing Nawaz Sharif, could not prove anything and ended up bringing ridiculous charges of airplane hijacking.

Reacting to the statement of the government lawmakers, PTI’s chief Imran Khan took to the micro-blogging website, Twitter, saying: “Sharif henchmen continue attacking JIT because they have been reared with mind-sets that think if umpires are not pro-Shairf they are biased.”

He said: “The bigoted mind-set is a result of Sharif’s three decades of playing with own umpires.”

Khan said that the JIT had already admitted before the SC that impediments were being placed in the way of their investigations.

“I have maintained from the first day that Nawaz Sharif must resign [to ensure free and fair investigations]”.

He reiterated that all government departments were under the PM, and without his resignation, the JIT would never be able to work in an obstacle-free environment.