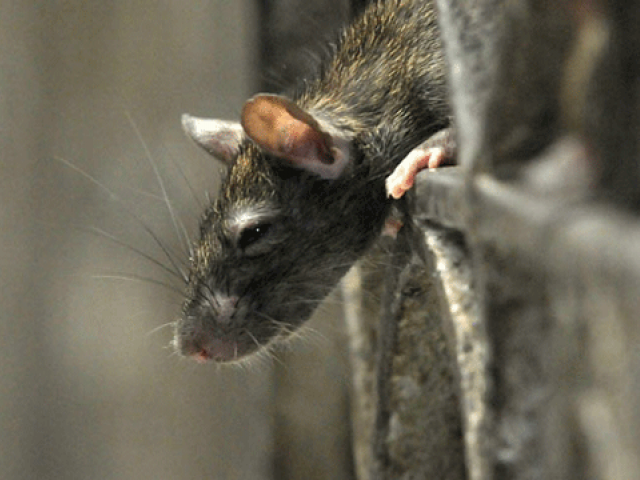 Residents have been battling the plague of rodents since the critters scurried into their villages over the weekend. PHOTO: REUTERS

YANGON: Thousands of rats have descended on villages on an island in southern Myanmar, a local official said on Tuesday, in what some have taken to be an ill omen of impending disaster.

Residents of Haingyi island, one of the larger islands in the Irrawaddy Delta, have been battling the plague of rodents since the critters scurried into their villages over the weekend.

Short of pied pipers, desperate authorities have resorted to paying residents 50 kyat (four US cents) for each dead animal in a bid to contain the outbreak.

“More than 4,000 rats have been killed since they tried to enter the villages,” regional MP Phyo Zaw Shwe told AFP.

“According to traditional beliefs, these animals can predict bad weather. So people here are also worried about floods or earthquakes.”

Studies by Japanese scientists have shown mice and rats are sensitive to electromagnetic waves similar to what often occurs before a major earthquake — although there has been no notable seismic activity in Myanmar the last few days.

Phyo Zaw Shwe said some of the bodies had been sent away for testing for disease, but nothing had been found so far.

A villager in Than Cho Tan village told local media residents were killing the animals with “sticks, slingshots, and rocks”.

“This evening, the rats entered our village as well and so far we’ve managed to kill over 800,” he was quoted as saying by News Watch.

Myanmar is no stranger to rodent mobs.

Chin State, in the northwest, has repeatedly been hit by swarms of rats who come to gorge on bamboo fruit, which only appear once every 50-or-so years.

In the latest iteration in 2008, hundreds of people reportedly died when the rats turned from devouring the fruit to eating the crops of the local villagers.