About 50 per cent of all cancer surviv­ors report modera­te to high fear of recurr­ence
By AFP
Published: June 4, 2017
Tweet Email 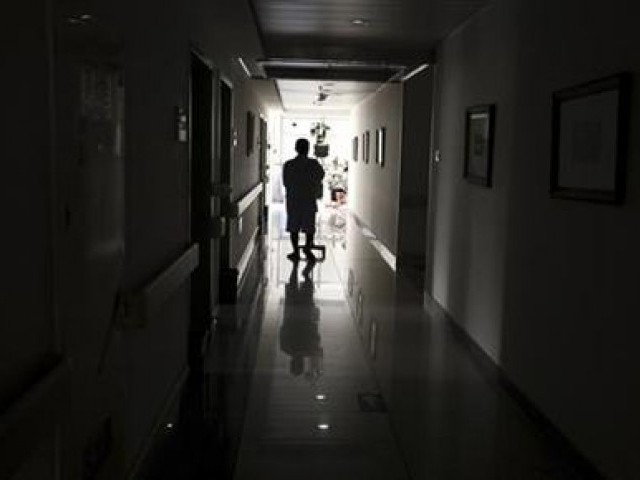 A cancer patient pushes his drip stand as he walks down the hallway of the Beijing Cancer Hospital. PHOTO: REUTERS

CHICAGO: Meditation, relaxation and psychological counseling are becoming important tools in the care of people with cancer, according to multiple clinical trials released at the world’s largest conference on cancer.

The research unveiled at the American Society of Clinical Oncology [ASCO] conference is part of a new push by oncologists to focus on not just killing tumors, but boosting the morale and mental health of people who are reeling from the shock of being diagnosed with cancer. For many women who survive a bout with cancer, the fear that it will return can be debilitating, and may interfere with work and family relationships.

About 50 per cent of all cancer survivors and 70 per cent of young breast cancer survivors report moderate to high fear of recurrence, according to one study led by Jane Beith, a medical oncologist at the University of Sydney in Australia. She and colleagues developed an intervention called Conquer Fear, in which trained therapists met 222 patients for five one hour to 90-minute-long sessions over 10 weeks.

They talked about accepting uncertainty and teaching strategies to control worrying, as well as how to focus on life goals. Stretching and meditation were also part of the treatment. “The reduction in fear of recurrence in the psychological intervention group was large enough to improve survivors’ psychological and emotional wellbeing,” said Beith.

Using a 42-item questionnaire called Fear of Cancer Recurrence Inventory [FCRI], researchers found that the fear of cancer was reduced significantly in those who went through therapy – by 18 points on average in the intervention group compared to 7.6 points in a control group that did not receive the same attention.

“This brief talking therapy helps patients facing advanced cancer, and their loved ones, sustain what is meaningful in their life despite its limitations, and face the future,” said lead study author Gary Rodin, head of the department of supportive care at the Princess Margaret Cancer Centre in Toronto, Canada. “It provides time and space for reflection on the threats and challenges associated with advanced cancer.”

A third study examined the possibility of using the internet to deliver psychological help to cancer patients who may not be able to get it in person. Called the STREAM intervention, the eight-week programme offered web-based stress management, in a programme developed by oncologists and psychologists. Weekly topics included bodily reaction to stress, cognitive stress reduction, feelings, and social interactions.

A total of 129 cancer patients – mostly women with breast cancer – were randomised to either receive written and audio information and then complete exercises and questionnaires, or join a control group that did not go through the programme. Those who completed STREAM reported a greater improvement in quality of life than patients in the control group, and less distress than before.

However, there were no significant differences in anxiety or depression between the two groups.

“I think online psychological support will be much more important in the years to come, as the digital generation reaches the age when they are at higher risk of cancer,” said lead study author Viviane Hess, a medical oncologist at the University Hospital of Basel in Basel, Switzerland. “For them, it will be natural to use such online tools and communicate without face-to-face interaction, and so now is the time to standardize and validate the tools.”

Pakistanis among nine killed in minibus accident in Bulgaria