Weekly review: Worst week since Feb 2009 as $6.8b wiped off stock market

Weekly review: Worst week since Feb 2009 as $6.8b wiped off stock market 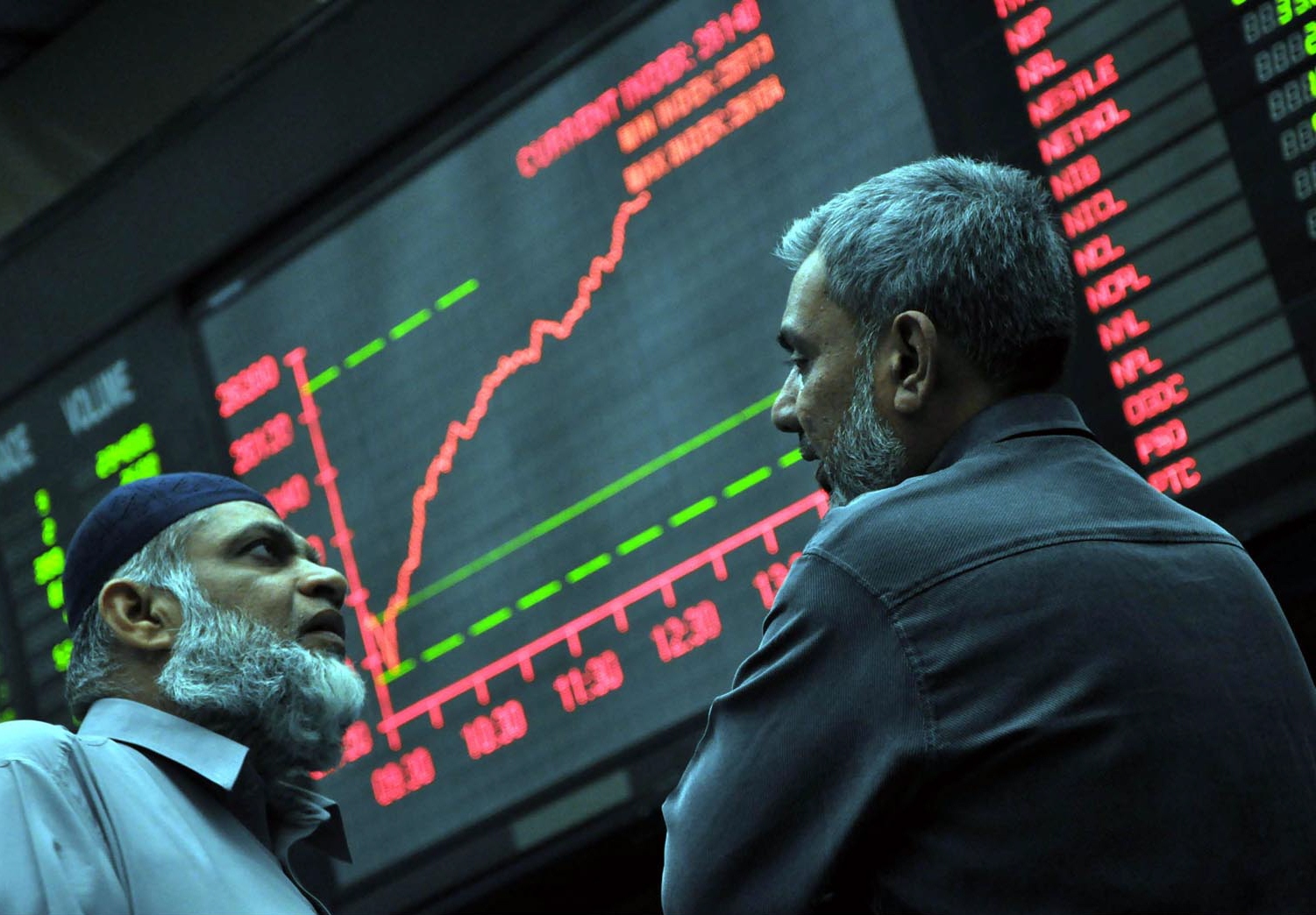 KARACHI: It was a bloodbath this week as $6.8 billion were wiped off from the country’s stock market with the KSE-100 index dropping a record 4,082 points or 7.8% in just five trading days.

The week-on-week decline was the highest since February 2009 and steep enough to take the KSE-100 Index – a benchmark for market performance – to its pre-Panama case level. The index ended at 48,555 on Friday, after ending negative throughout the week.

The index started the week on a negative note as the federal budget FY18 (May 26, 2017) had some damaging surprises for the market including a flat Capital Gain Tax (CGT) rate across all holding periods, higher tax rates on dividends by corporates and mutual funds, while leaving tax on bonus shares untouched.

This was followed by Pakistan’s formal inclusion in the MSCI Emerging Markets Index, but more-than-anticipated foreign selling weighed in on investor sentiment. On June 1, the day of the inclusion, the index shed a record 1,810.76 points.

On Wednesday, the day before Pakistan was re-included, $987 million of foreign portfolio movement was executed, but foreign inflows of $452.5 million were not enough to match foreign outflows $534.4 million, resulting in net selling of $81 million on the day.

Off-market transactions in the six large and mid-cap stocks that day were worth $244 million while total value traded in these stocks in both regular and off-market was $559 million. These stocks remained under pressure during the entire week and contributed a loss of more than 1,788 points to the index.

Individuals (+$74.8 million) were biggest buyers while foreigners were net sellers of $149.5 million during the week as against buying of $6.5 million last week; most of the selling was concentrated in banks ($65.3 million), cements ($48.9 million) and fertiliser ($28.0 million), while foreigners bought $7.1 million of power.

Adding to MSCI woes was the announcement of the federal budget FY18 over the previous weekend, where increase in taxes on capital gains and dividends dented investor sentiment.

On the activity front, average traded value increased by 25% week-on-week to $240 million/day, while $311 million of NDM transactions were executed during the week.

Colgate-Palmolive Pakistan Limited manufactures and sells detergents, personal hygiene and a variety of other products.

Attock Cement Pakistan Limited manufactures and sells cement and related products. The company is also part of the Pharaon group, which in addition to investments in the cement industry also owns interests in the oil and gas sector.

MCB Bank Ltd is a full-service commercial bank. The bank offers a wide range of financial products and advice to personal and corporate customers, including online banking services.