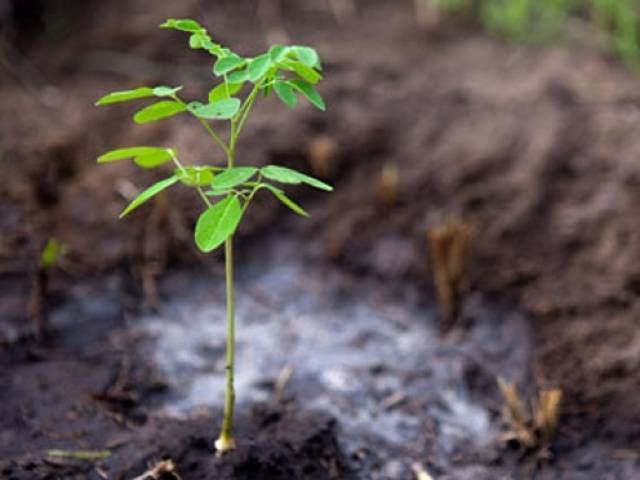 ISLAMABAD: The government has released an amount of Rs554 million during this year to ensure implementation of Revival of Forestry Resources under Prime Minister Green Pakistan Programme.

The total cost of the programme is Rs3,652.1 million which has been launched to increase forest coverage and facilitate transition towards environmentally resilient Pakistan by main-streaming notions of adaptation and enabling policy environment.

Forestation programme under way in G-B

Sources at Climate Change Division on Saturday said objectives of the programme will be achieved by implementing different initiatives and projects. It has two major projects and will be implemented over a period of five years (2017-2021). The objectives planned to be achieved include planting 100,000,000 indigenous plants of which 20 per cent will be fruit trees.

Government’s plantation drive would also cover mangrove forests in Karachi and Badin along with bush forests of Khirthar range in Sindh, Juniper forests of Ziarat and Chilghoza forest in Suleiman Range of Balochistan.

The other project is Strengthening Policy Measures for Conservation of Biodiversity and areas to be focussed include approval and implementation of National Biodiversity Strategy and Action Plan.