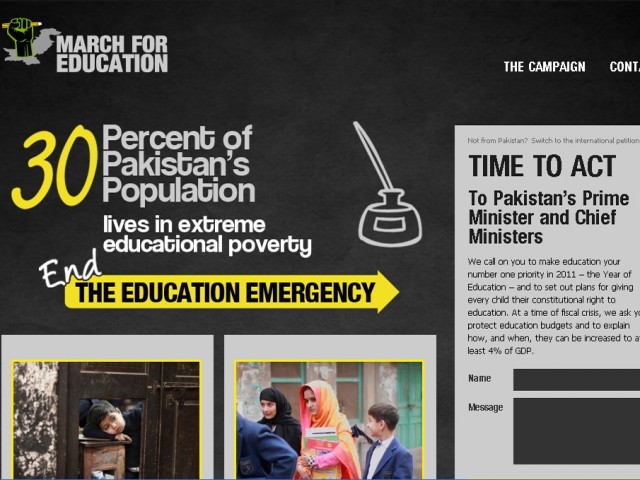 ISLAMABAD: Education Emergency Pakistan 2011, an advocacy document, has been put up by the Pakistan Education Task Force and the British government to raise awareness about the problems faced by the education sector in Pakistan.

The recommendations included a signature campaign to be sent to the president, prime minister, chief ministers and parliament to raise the education budget from 1.5 to 4 per cent.