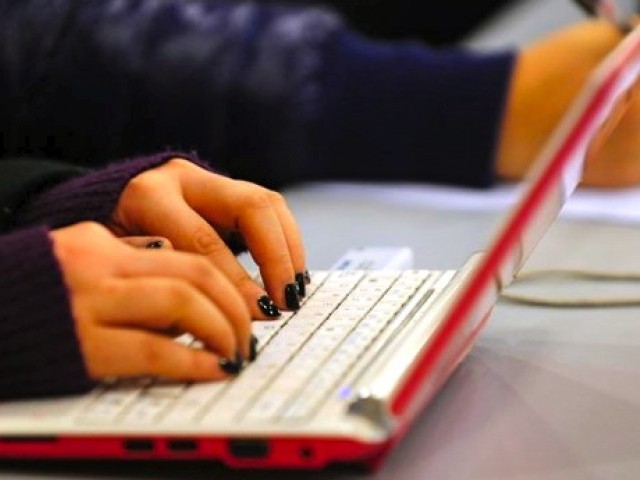 In the age of information technology, such initiatives are very important and necessary to promote the culture of research amongst students, according to the Sindh governor. PHOTO: AFP

KARACHI: Work on a new scheme is in the pipeline where every student will be eligible for the laptop scheme, said the Sindh Governor Mohammad Zubair during his visit to the Benazir Bhutto Shaheed University, Lyari on Friday.

The governor visited the university as chief guest for the laptop distribution ceremony. He distributed 151 laptops to the deserving candidates of bachelors and masters programmes under the third phase of the Prime Minister’s Laptop Scheme.

“I am glad to see Lyari is coming forward in education and the stereotype of gang war [participation] is ending,” he said while addressing the students and faculty members.

It was difficult to visit Lyari a few years ago, but now there is peace and the government will take it forward, he said, pointing out that there is a dire need to revive the charm of boxing and football in the area, for which Lyari was once famous. He also expressed grief over waste spread over the roads of Lyari.

To resolve the problems of the university, he assured that the government will do whatever it can to highlight talent in Lyari. “We will play our part in extending support to the university in security issues,” he said.

He added that all the students of bachelors and masters who could not get laptops this year will receive an award from next year’s scheme.

The students graduating from the university are an asset for the country and have equal importance in the country as any other graduate from a top university, he said, adding the federal and provincial governments have to be on one platform to improve the education system.

Woman on a mission: No one can stop Mahira Miyanji from educating Lyari women for free

In the age of information technology, such initiatives are very important and necessary to promote the culture of research amongst students, the governor said.