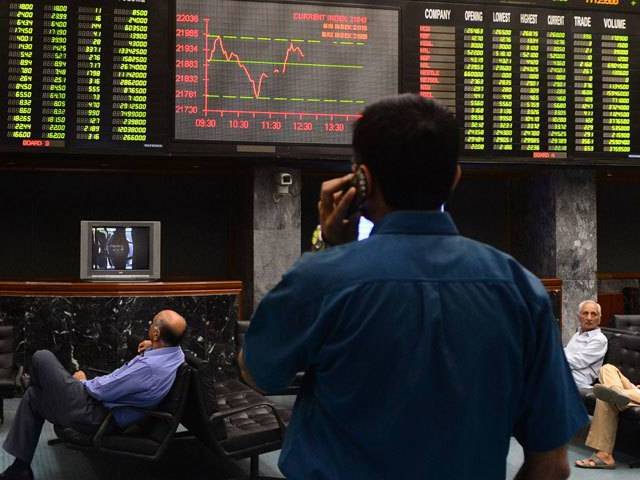 KARACHI: What happened to the Pakistan Stock Exchange (PSX) on Thursday was not part of the plan.

June 1 was going to be a historic day as Pakistan regained the emerging market status it lost 9 years ago, but the day became historic for an entirely different reason.

Market followers say a correction was long overdue, but a fall of over 1,800 points was never expected. Given the anticipation of foreign inflow with Pakistan’s reclassification as MSCI Emerging Market, the single-largest decrease in terms of points came as a shock.

So what really happened? A simple answer is that the correction came earlier than expected, and panic-induced investors opted to offload.

According to data maintained by the National Clearing Company of Pakistan Limited (NCCPL), an inflow of around $450 million made its way quietly into the stock market on Wednesday, a day before the upgrade.

However, foreigners remained net sellers of $81.8 million on the same day when $987 million worth of shares were traded – a volume the PSX was gearing up to tackle for a few months.

A foreign brokerage house in Pakistan had estimated trades worth around $1.25-1.5 billion, which was eight-times the average daily turnover of $150-180 million at PSX.

Foreigners invested the expected amount a day before as trades settle two days after their execution, under the T+2 (Trading day + 2 days) system. Hence, the inflow a day earlier should not be surprising.

Even the PSX was expecting the inflow to start around May 30.

Despite the inflow, Thursday saw a bloodbath at the stock market. Foreigners were net sellers of $16.5 million and local institutions joined in the negative ride as well.

“We believe there can potentially be three reasons for selling by foreign investors,” said JS Global Research’s analyst Syed Atif Zafar in a note to clients. “First is selling by Frontier Market-tracking funds, second is an exit opportunity for funds having heavy positions in Pakistan because of available liquidity on the day and third, selling from active EM funds and proprietary books international broker dealers.”

Active Emerging Market funds are different from passive ones as they do not invest in shares as per their weightage in the EM Index. The PSX, with 33 local companies in the MSCI Pakistan Index, carries a 0.14% weightage among Emerging Markets.

Notably, these funds offloaded large holdings in cement, oil and gas, and banking sectors on both days, according to NCCPL.