We look at 13 pictur­es from events around the world
Published: May 31, 2017
Tweet Email 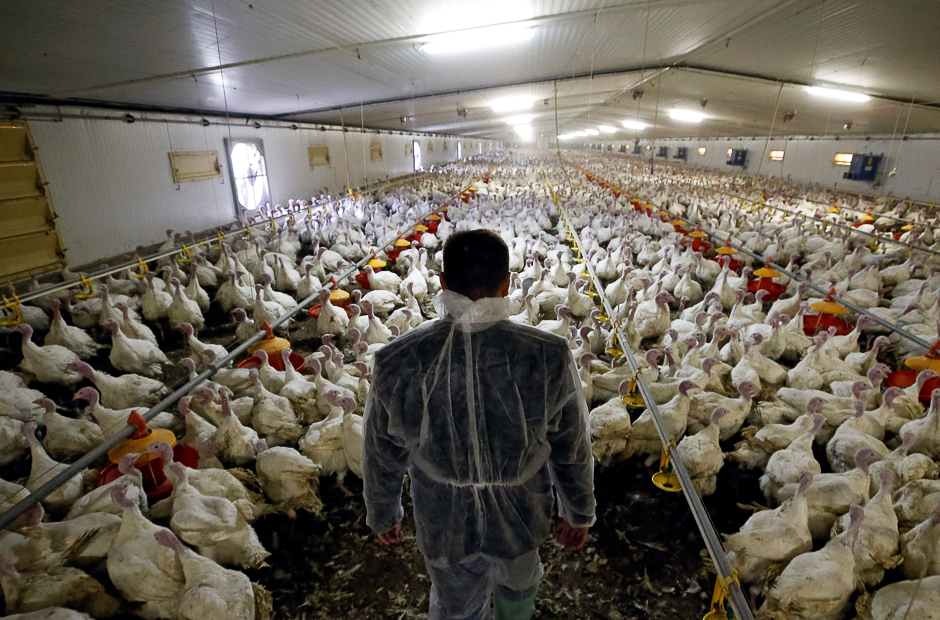 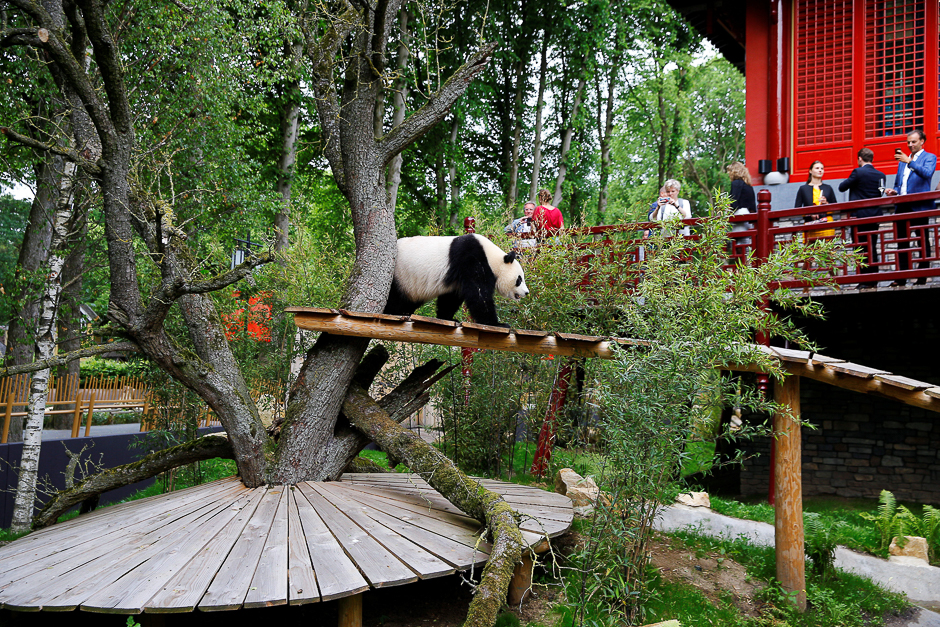 Wu Wen, the female of the two giant pandas, is presented at the Ouwehands Zoo in Rhenen, the Netherlands. PHOTO: REUTERS 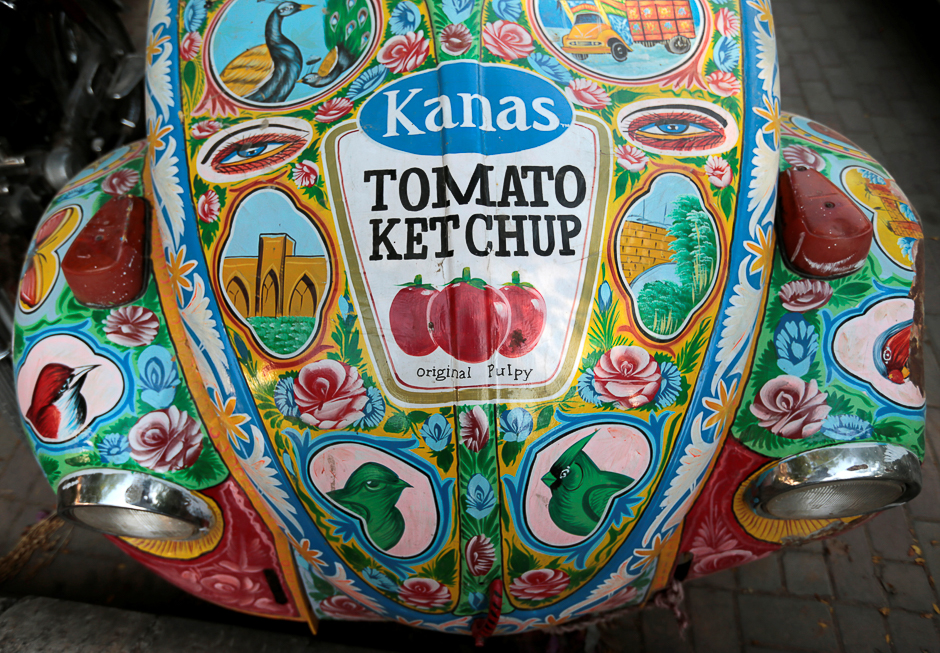 An old Volkswagen Beetle painted with truck art is seen abandoned in a parking lot in Islamabad. PHOTO: REUTERS 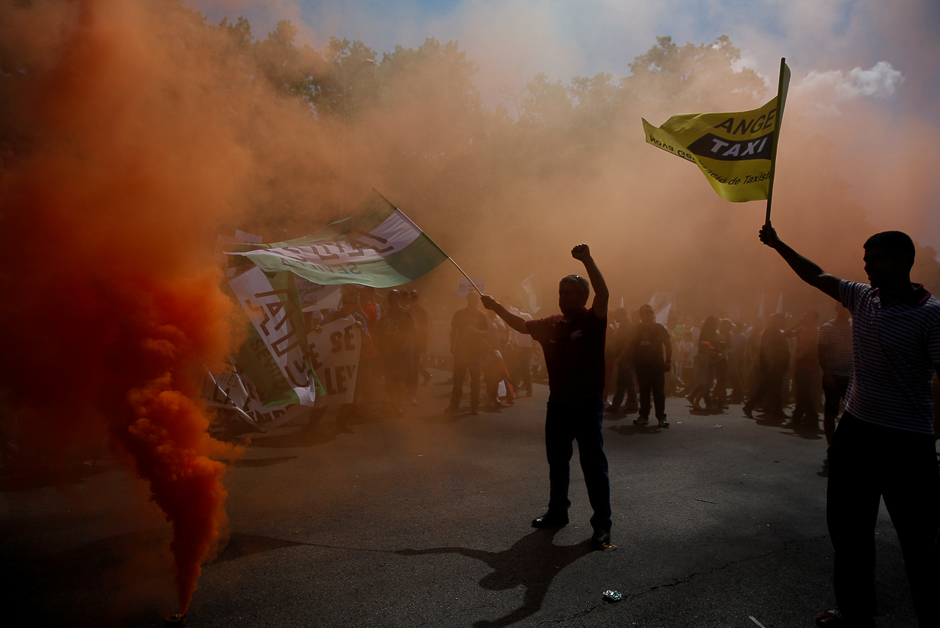 Taxi drivers gather near parliament during a protest against Uber and Cabify which they say engage in unfair competition in Madrid, Spain. PHOTO: REUTERS 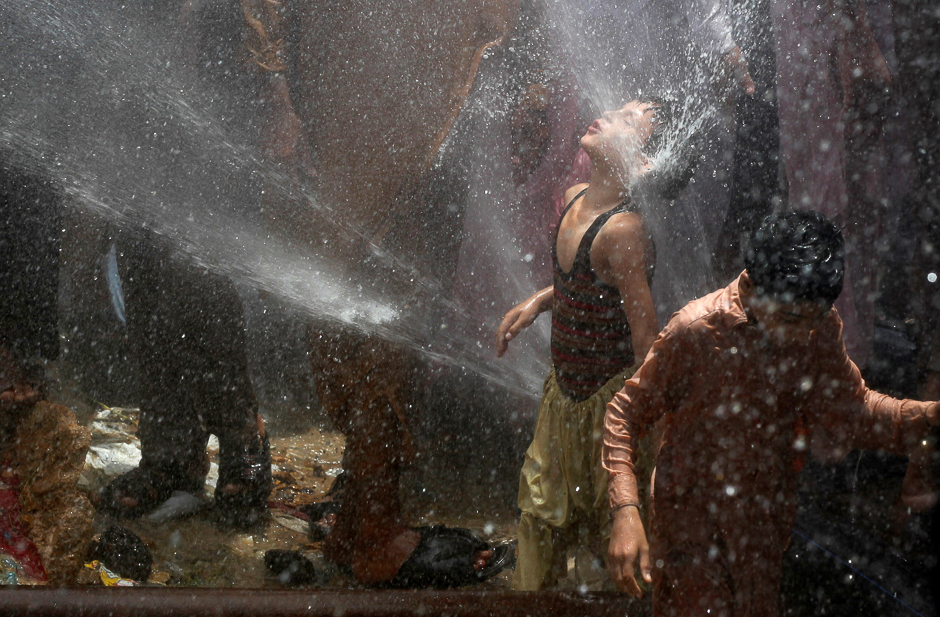 A boy cools off with others with water from water lines after they punctured them in protest against the power outages in their area, in Karachi. PHOTO: REUTERS 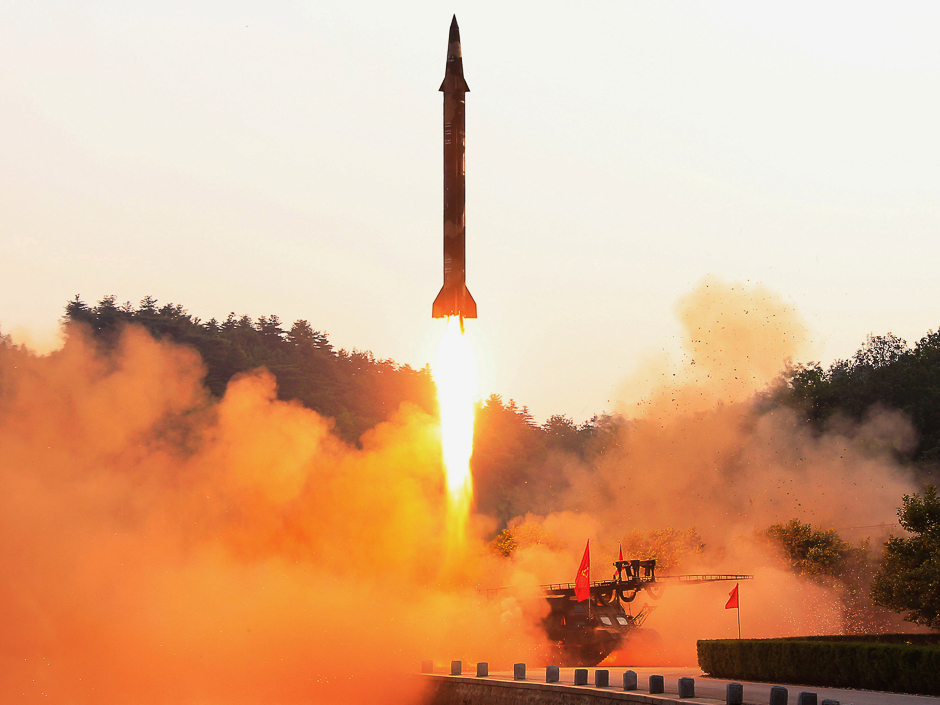 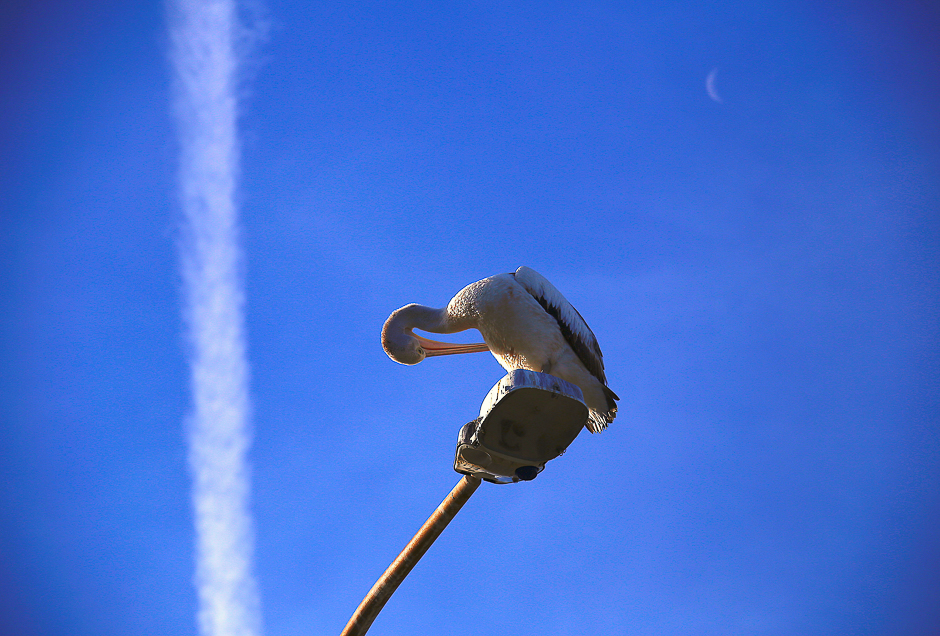 A plane’s trail and the moon can be seen behind a Pelican, Australia’s largest flying bird, as it cleans itself atop a street light on an Autumn day in the northern beaches suburb of Narrabeen in Sydney, Australia. PHOTO: REUTERS 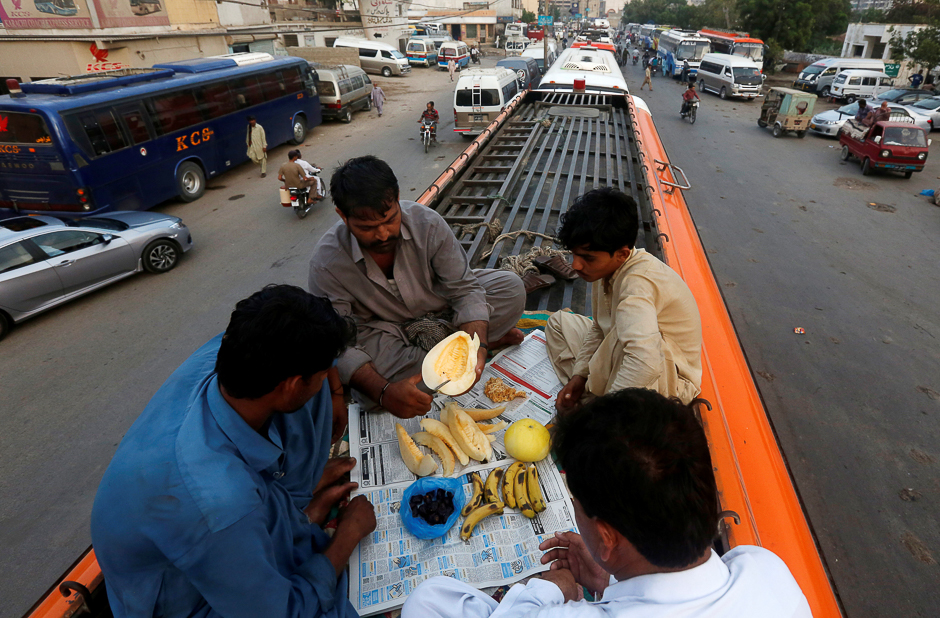 Men sit atop a bus as they prepare to break their fast during a Muslim holy month of Ramadan in Karachi. PHOTO: REUTERS 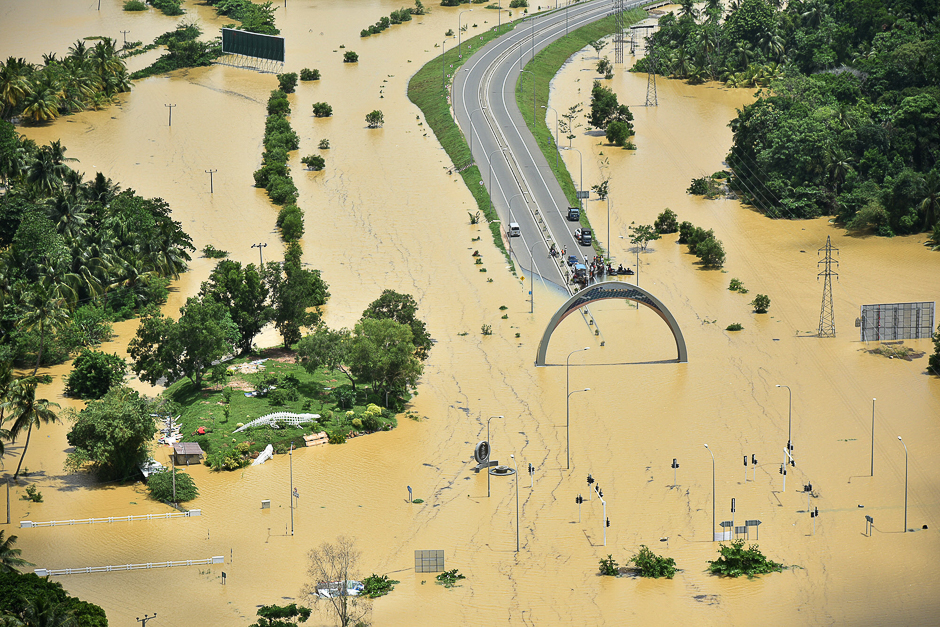 A part of a flooded highway exit is seen in a village in Matara, Sri Lanka. PHOTO: REUTERS 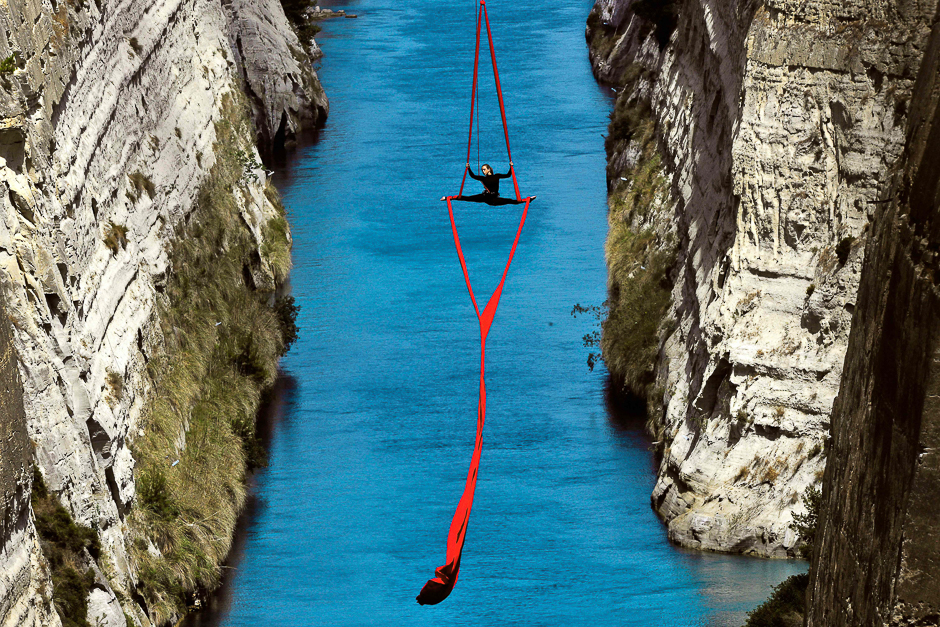 Greek choreographer and dancer Katerina Soldatou performs above the Corinth Canal, as part of the Greece Has Soul project in Corinth. PHOTO: AFP 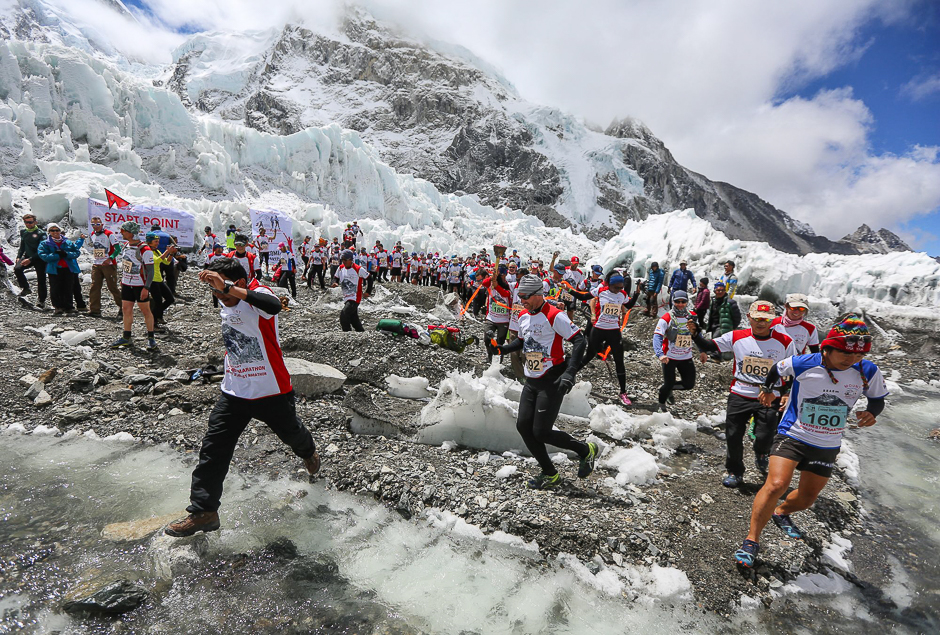 In this photograph released by the organisers of the Tenzing-Hillary Everest Marathon, runners participate in the world’s highest marathon in the foothills of Mount Everest in the Solukhumbu district of Nepal. PHOTO: AFP 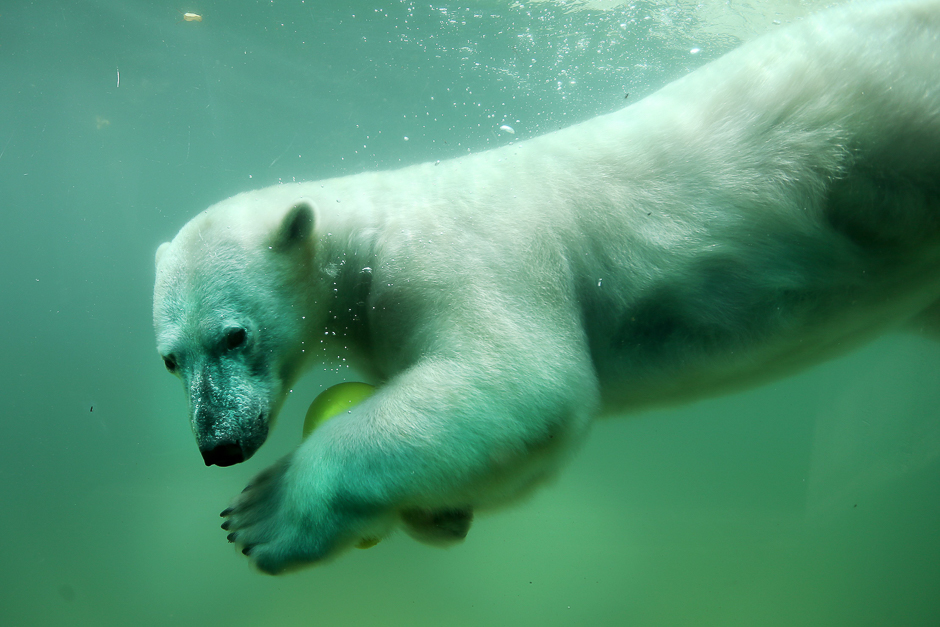 A polar bear swims with a ball in his swimming pool in Wuppertal, western Germany. PHOTO: AFP 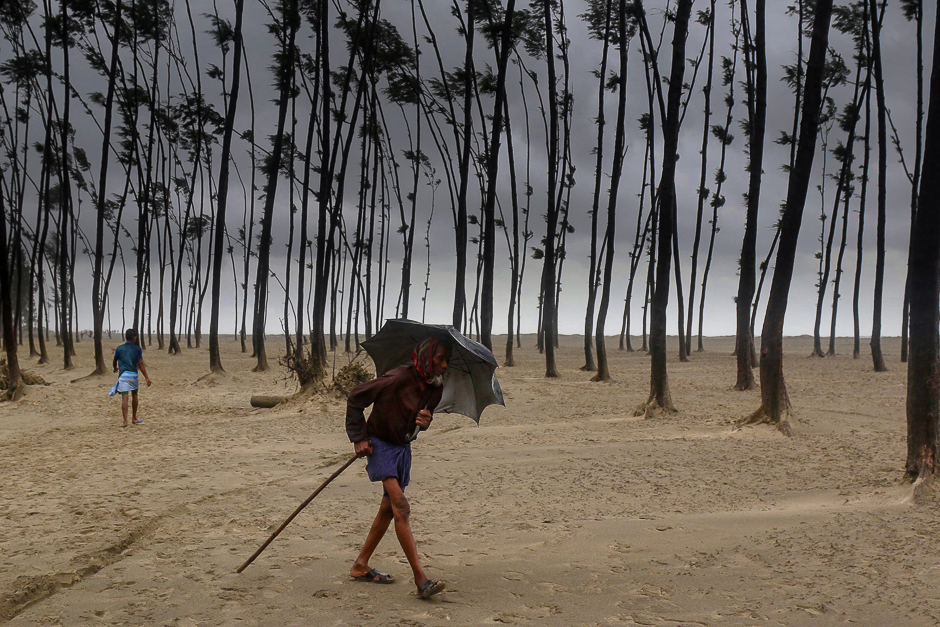 A Bangladeshi villager evacuates to a cyclone shelter on the coast in Cox’s Bazar district. PHOTO: AFP 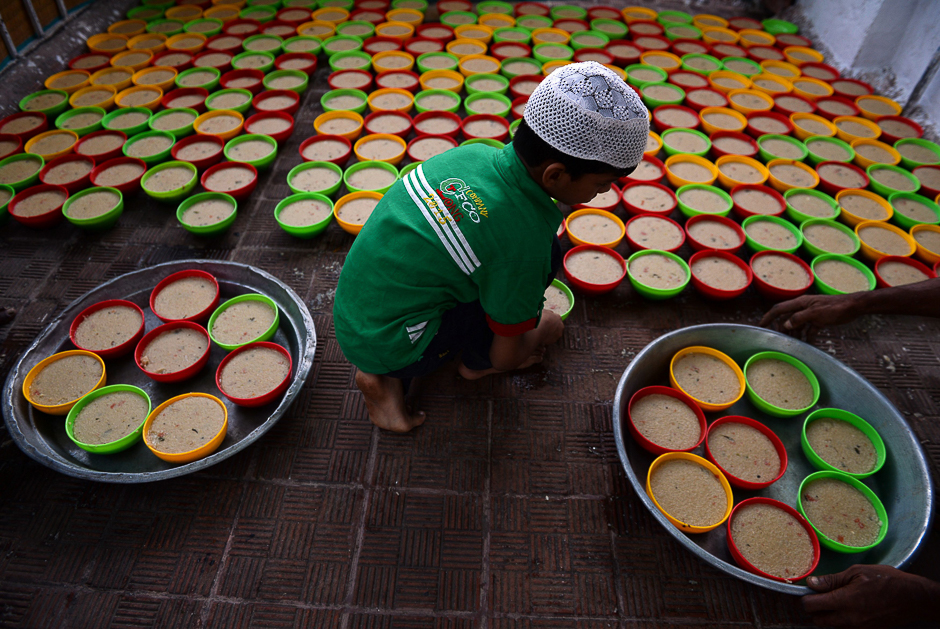 An Indian Muslim boy arranges rows of food for Iftar, the time for breaking the fast during the first day of the month of Ramadan at Wallajah Mosque in Chennai. PHOTO: AFP