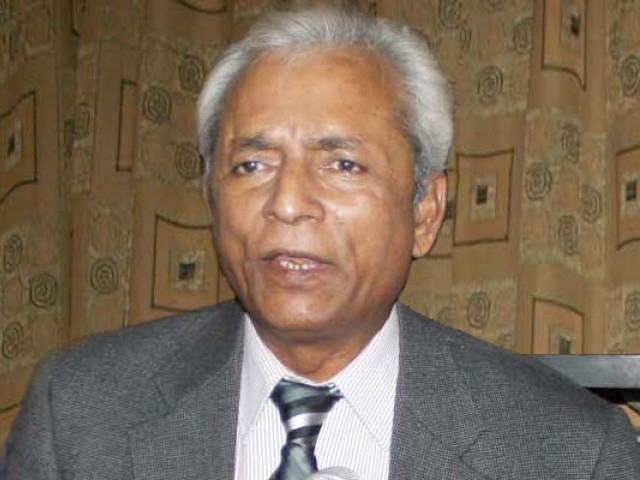 ISLAMABAD: The ‘more royal than the king’ attitude has put another ruling party lawmaker in hot waters: Nehal Hashmi had to quit his Senate seat after a video went viral on Wednesday showing his diatribe against “those investigating” Prime Minister Nawaz Sharif’s family.

Hashmi’s threatening speech at an event in Karachi on May 28 drew instant reaction from the Supreme Court, with Chief Justice Mian Saqib Nisar taking suo motu notice and summoning the PML-N leader to appear on Thursday (today) in person before the implementation bench supervising the work of the Panamgate JIT. A notice was also issued to the Attorney General for Pakistan.

“You are on duty today. Remember, you will be retiring tomorrow. We will make your life and [those of] your family members miserable in Pakistan,” Hashmi was seen telling an audience invisible in the short video clip.

“Listen! You ask the son of Nawaz Sharif to submit his account detail. Who are you to ask him his account details? We are the workers of Nawaz Sharif. We will make an example of those who hold us accountable. We will not spare those who have held us accountable and who are making us accountable,” Hashmi could be seen saying in the video, apparently targeting judiciary and members of the JIT constituted by the top court to probe the Sharif family’s offshore properties. 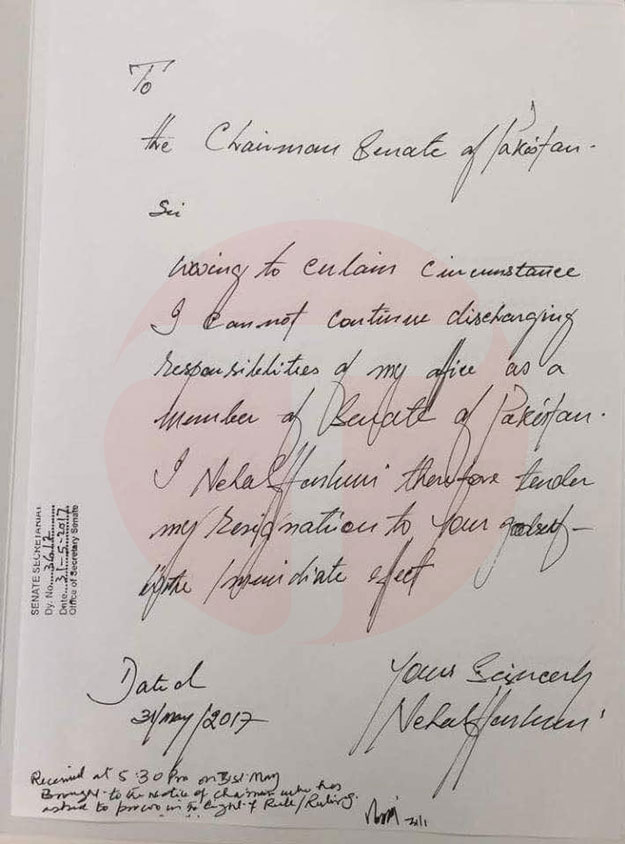 Senator Nihal Hashmi of PMLN threatens judges, members of the JIT of dire consequences after they retire, for probing Sharif family.

Even though Hashmi claimed that his speech was not against the judiciary or any member of the JIT, in the prevailing scenario where the ruling party’s many other leaders can be seen visibly perturbed over the accountability of their top leadership, Hashmi’s retraction does not seem genuine.

All private TV channels kept running the video throughout the day which drew strong criticism from the opposition parties in particular.

The PM Office in a statement later in the afternoon said that the premier had taken notice of the video. Asif Kirmani, political assistant to the Prime Minister, in a brief statement said: “Hashmi has been served a show-cause notice and his party membership is being suspended. He has been asked to tender resignation as party’s senator.”

Later, a cabinet member confirmed that Hashmi had submitted his resignation to the Senate secretariat. Since, the Senate chairman, who has the authority to accept resignation of any member of the Upper House, left the house by the time, further action on Hashmi’s resignation is expected today (Thursday).

As per rules, the chairman reconfirms from a member if he is resigning on his/her own free will and that the signature on the resignation is genuine. Once the Senate chairman — or speakers in case of the National Assembly and provisional assemblies — accepts the resignation of a member of their respective houses, they intimate the same to the Election Commission of Pakistan which de-notifies the member as a lawmaker and issues schedule for polls on the vacant seat.

Hashmi hails from Karachi but the PML-N elected him to the Senate on the Punjab quota. Having comfortable numbers, it will not be difficult for the PML-N to get his successor elected from the Punjab Assembly once again.

So when does the dabang guardian of Pakistani institutions ch nisar issue orders to arrest nihal hashmi for threatening the judiciary/jit?

Will the judges allow these open threats to the judiciary and jit to go unchecked? pic.twitter.com/OmI84R7i6T

Senator Hashmi becomes the fourth person among Prime Minister Sharif’s close aides to be fired during the last three years. Senators Pervaiz Rashid and Mushahidullah Khan and PM’s special assistant Syed Tariq Fatemi were among those who had to leave their posts on one political pretext or the other.

Former information minister Pervaiz Rashid was the first casualty, falling to the infamous Dawn Leaks. The leaked report about a meeting between civilian and military leaders cost Rashid his ministry in October last year.

Months later in the same row, the prime minister ordered the removal of Syed Tariq Fatemi as his special assistant on foreign affairs after an inquiry into the publication of the report had found him guilty. However, Fatemi denied the charges.

Another minister of Sharif’s cabinet, Senator Mushahidullah Khan had to leave his ministry in August 2015 after his controversial interview to a foreign media outlet in which he levelled allegations against some military high-ups over an aborted long march that led to a 126-day-long sit-in by the PTI against the government.

However, Rashid and Mushahidullah Khan retained their Senate seats. Hashmi does not have any ministerial portfolio. He would be losing his senatorship.