All three accuse­d deny any role in the razing of the mosque­
By Reuters
Published: May 30, 2017
Tweet Email 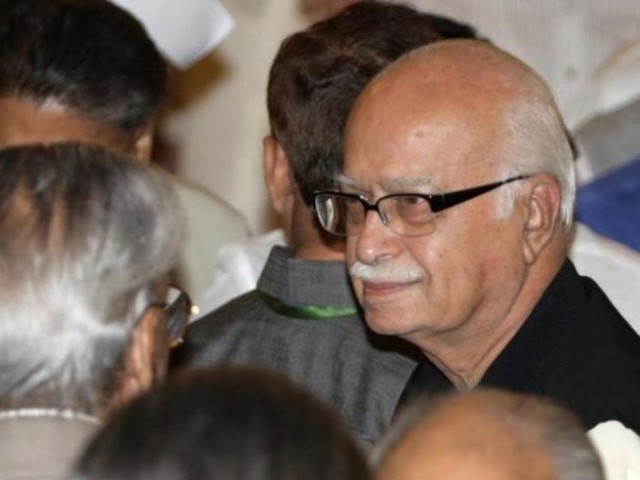 NEW DELHI: An Indian judge charged a minister in Prime Minister Narendra Modi’s government and senior leaders from his ruling party with criminal conspiracy on Tuesday in connection with the 1992 destruction of Babri Masjid by a Hindu mob.

The demolition of the mosque in the town of Ayodhya in Uttar Pradesh unleashed some of the deadliest religious riots across the country since independence in 1947, killing about 2,000 people.

Water Resources Minister Uma Bharti and stalwarts of the ruling Bharatiya Janata Party led by LK Advani and MM Joshi appeared in court in the city of Lucknow to hear the charges.

All three deny any role in the razing of the mosque.

The trial of senior BJP leaders will raise fresh questions about Hindu nationalism within Modi’s party at a time when critics accuse his supporters of trying to marginalise minority groups and redefine India as a Hindu nation.

22 Muslims convert to Hinduism in India’s UP

“The judge accepted our plea to charge the leaders with criminal conspiracy and the accused are already facing trial for making provocative speeches that incited Hindus to pull down the Babri mosque,” said MR Shamshad, a lawyer representing Muslim leaders and victims of the violence.

Bharti, entering the courtroom on Tuesday amid a crowd of reporters, rejected the charges. “I don’t consider myself a criminal,” she said.

Lawyers representing Joshi and Advani did not respond to requests for comment.

Many Hindus believe that the mosque in the town of Ayodhya was built on top of the birthplace of their god-king Rama and the BJP is committed to the construction of a temple there.

The dispute is still at the core of tensions between Hindus and India’s Muslim minority.

BJP party leaders have faced prosecution for their alleged involvement in the mosque’s destruction for more than a decade, but last month the Supreme Court ruled the party leaders must be tried and the case wrapped up within two years.

Advani, a former home minister and chief of the BJP, led Hindus on the pilgrimage that ended with the razing of the mosque. He says he tried to stop the clashes.

On Tuesday, the chief minister of Uttar Pradesh, Yogi Adityanath, a firebrand Hindu priest, met the three accused outside the court in a sign of support.

Merkel wants to foster India ties, softens message on US as Trump scolds