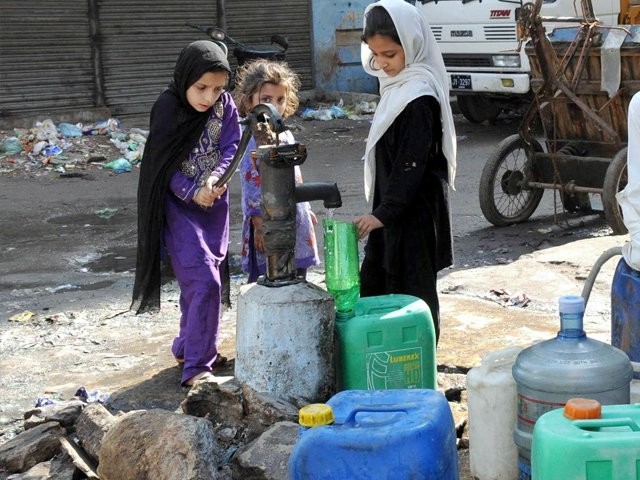 RAWALPINDI: As the summer heat intensifies, water woes for the residents of Rawalpindi are set to worsen with government-run underground tube wells in the garrison city running dry.

Later, he was told by experts at the Water and Sanitation Agency (Wasa) that the tube wells had in fact gone dry owing to a fast receding water table.

Talking to The Express Tribune, Dr Malik said that tube well no 88-A in Mehrabad, 88 on Hafiz Road, and 89 on Fazal Street had stopped supplying water.

Owing to this, he said that locals had been facing severe water shortage since this April while Wasa too had not been providing water tankers to supply clean drinking water.

Apart from the tube wells in his UC which had gone dry, Dr Malik said that a number of other tube wells in the city too had stopped supplying water owing to the fast receding water table.

Activists of the Pakistan Tehrik-e-Insaf (PTI) in areas around Dhoke Khabba, another old locality of Rawal Town, have been protesting against the water shortages.

They claimed that Wasa had told them that the tube well in their area had gone dry.

On the other hand, an official of Wasa told The Express Tribune on condition of anonymity that unplanned and continuous extraction of water through tube wells and private wells had led to a massive fall in the underground water levels.

He added that tube well no 88 in Dhoke Hassu was as deep as 600 feet, but even that had gone dry – indicating the extent to which the water levels had fallen. The official added that continuous extraction by tube wells owing to the fast growing population of the garrison city had also made it difficult to recharge the underground water reservoirs during the monsoon.

The official added that the increase in population meant that the city required around 60 million gallons of water every day (MGDs) while Wasa was only providing 56mgds from Rawal Dam, Khanpur Dam and from the tube wells with the demand for water rising every day. He added that there were as many as 408 tube wells installed in and around the city while the provincial government plans to install an additional 27 tube wells both in Rawal and Potohar Towns.

Efforts were made to contact Wasa spokesperson Umer Farooq but he was not available for comments.

Despite its plans to add to the number of tube wells, the Punjab government has so far failed to initiate any new water supply project to ease the water shortage in the city.

Projects such as the construction of Daducha and Chirah dams have seen little progress.

A project for bulk supply of water from the Jhelum River through the Murree hills was also capped in 2008 by the government.

Further, a project to supply water from Ghazi Barotha project on the Indus River was still under consideration with the cost of the project increasing at every review.

Sector I-16 to get water supply network soon