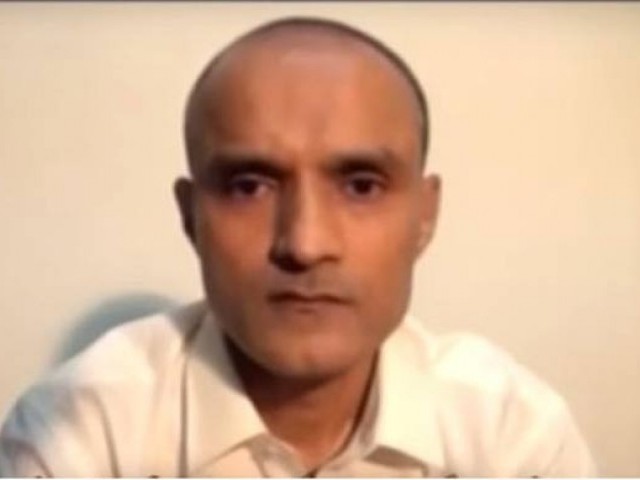 ISLAMABAD: A lawyer approached the Supreme Court on Saturday, seeking a declaration that the order from the International Court of Justice (ICJ) to stay the execution of Indian spy Kulbhushan Jadhav has no binding effect on Pakistan under domestic law.

Advocate Muzamil Ali filed a constitutional petition under Article 184(3) of the Constitution, making the federal government, the Ministry of Law and Justice and the court of appeal constituted under Army Act 1952 respondents. The petition has been drafted by renowned lawyer and former Senate chairman Farooq H Naek.

The petitioner asked the Supreme Court to declare that the trial of Jadhav had been conducted in accordance with the law and no prejudice had resulted from withholding the consular access demanded by India.

“The respondents should also be directed to ensure that any pending appeal or petition by or on behalf of Jadhav be decided in accordance with the law of Pakistan,” he further prayed.

It was also pleaded that if Jadhav’s plea is rejected by the court of appeal then he should be executed forthwith.

The petitioner stated that in the light of the settled principles of local and international laws, the ICJ’s decision “does not constitute a binding direction upon Pakistan which is a sovereign state and entitled to take due measures to protect its sovereignty, territory and integrity”.

It was submitted that the Vienna Convention on Consular Relations cannot be applied to instances of state-sponsored terrorism. Jadhav was admittedly a RAW agent and conducting anti-state activities at the behest of the Indian government, said the petitioner, adding that he was acting as an agent of the state of India and not as a national of India.

It was further contended that international law does not become part of the domestic law until it is implemented or ratified through domestic legislation.

According to the petitioner, Pakistan adopted a dualist approach to the international law which is evident from Entry 3 Part 1 of the federal legislative list, fourth schedule read with Article 142 of the Constitution, which gives exclusive power to parliament to make laws with respect to external affairs, implementing treaties and agreements.

It further stated that treating Treaty Obligation above the local law without incorporation is in reality a blatant attack on parliamentary states, adding that such political promise needs to be analysed and interpreted by looking at the entire relations between the nations.

The petitioner also wondered that when Pakistan issued a declaration on March 29 stating that it would not accept the jurisdiction of ICJ regarding national security of Pakistan, then how the ICJ could rule that it has jurisdiction. It was submitted that the treatment of ICJ is discriminatory.

The petition read that sending an agent by the Indian nation to sabotage projects of international importance to Pakistan constitutes to use of force against the pre-emptory norms of international law. It also submitted that the military courts have to be protected through constitutional amendment.

“The people of Pakistan have the right to retribution against those who carry out subversive activities against their beloved country and this right far outweighs a fanciful requirement to provide method of disseminating information to convicted terrorists,” said the petition.