In a fit of anger, the accuse­d attack­ed his sister with an axe
By Our Correspondent
Published: May 28, 2017
Tweet Email 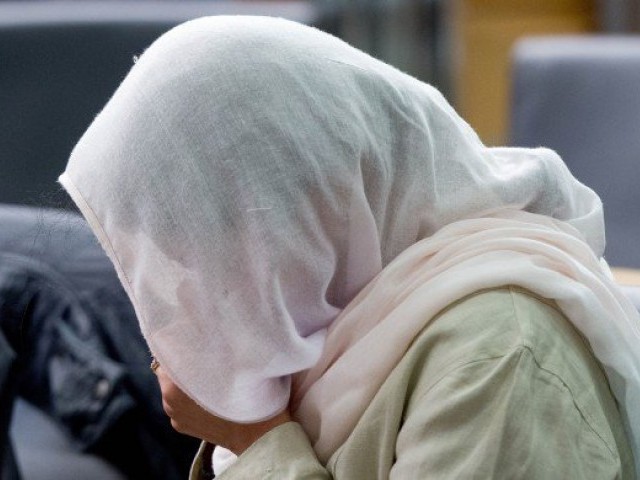 MULTAN: A man was arrested on Saturday for killing his 18-year-old sister in the name of ‘honour’ in Kacha Khooh village of District Khanewal.

According to police, Amna, a resident of Chak 4, had eloped with Muhammad Yasin, a resident of the same area. Both contracted marriage in a court around two months ago. Mudassir, Amna’s brother, was infuriated when he learnt about the marriage four days later. One week ago, a panchayat had directed both the families to resolve the issue.

After hearing the stance of both families and the couple, the panchayat ordered that 10-year-old sister of Muhammad Yasin be married to Mudassir. The marriage ceremony was supposed to be held on coming Tuesday.

The panchayat had also ordered that Amna would reside at her parent’s home till the marriage of Mudassir with Yasin’s sister takes place.

Police said three days before the marriage, Muhammad Naik, father of Muhammad Yasin, declined to obey panchayat’s decision and announced that he would not marry his 10-year-old daughter to Mudassir. When Mudassir came to know about this, in a fit of fury to avenge his humiliation, he stabbed her sister with an axe. She died on the spot. Police said the accused was arrested and a case has been registered against him at Kacha Khooh police station.