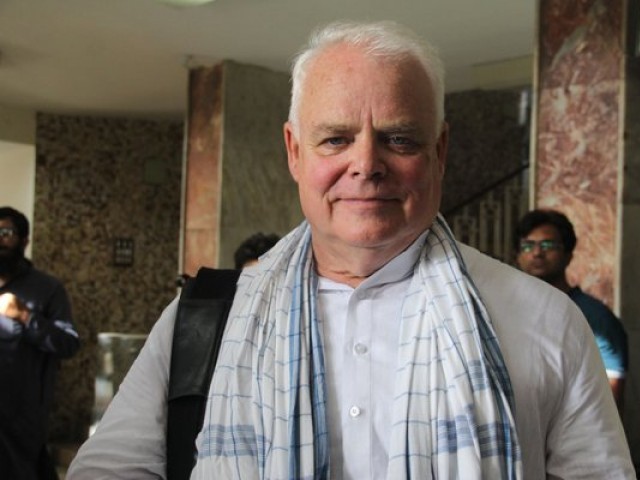 PESHAWAR: Pakistan’s history has never been dissected through the lens of science, thus, the history books are not necessarily correct, this was said by American archaeologist Jonathan Mark Kenoyer who was speaking at art a lecture titled Art and Technology continuities, the past and the present at the directorate of culture on Thursday.

The anthropology professor said that Pakistanis are unaware of the basic facts and not mindful of their cultural identity.

“History has to be rewritten and restructured so that people can understand the importance of this region as well as their identity,” he added.

“Here people are unaware of facts because in Pakistan the ancient civilisation has never been studied scientifically.”

Considered as one of the world’s leading experts on the Indus Civilisation in Pakistan and India Dr Kenoyer is involved on contemporary work shed light on the civilisation that dates back to 2800–1900 BC.

Settlements spread over a vast area, centred on the Indus and Ghaggar-Hakra river systems of Pakistan as well as northern India. “We have to revise and rethink how this area has contributed to the global cultural phenomenon,” Dr Kenoyer said.

This region was the centre of world trade, and people from China as well as Iran frequented it.

“It is not the European and Chinese Route that has importance; it is the South Asian road that has so much importance,” said the Kenoyer while talking about the grandeur of ancient civilisation.

The locals who controlled these areas embarked on several expeditions to control it.

Even Alexander the Great failed to do so, he noted. The locals also tried to establish their authority over the region but failed.