What we need to do is to study in depth the though­t over the past centur­ies of leadin­g thinke­rs of humani­ty
By Amin Jan Naim
Published: May 26, 2017
Tweet Email 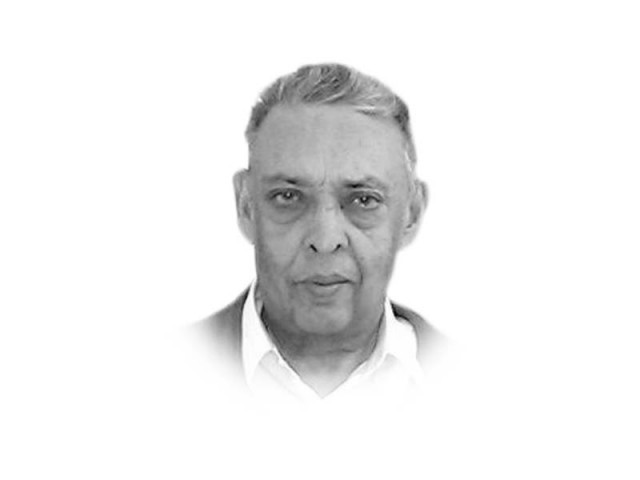 How do we as people in Pakistan get out of the morass of superstition, dogmatism and bigotry that bedevils us? This question is important in the effort to build a salutary narrative for combating the fanaticism and extremism that is becoming so prevalent in our country.

What we need to do is to study in depth the thought over the past centuries of leading thinkers of humanity. We then should select and adapt the best of their reflections into our own situation.

Plato was described by Hegel as being the teacher of mankind. Many misconceptions and distortions of Plato’s views have prevailed in the past and continue to do so. What we must search for is the essence of his thinking. He posed certain basic questions and examined them in a highly rigorous manner. This rigour was clothed in an engaging, charming and simple series of dialogues. Very often, however, the dialogues were inconclusive and the answers sought were elusive. Yet, the process of his reasoning has been unsurpassed till date.

We need not take Plato’s construct of an ideal state in the dialogue in The Republic as an actual possibility. What we need to consider is his reasoning. The same holds good for other dialogues such as Phaedo, Timaeus, Protagoras, Meno and The Symposium. They need to be studied and pondered over in original, not just in commentary. This has to be an elitist endeavour but it is no less important for that reason.

When I was the ambassador in Athens (1991-96), I and my wife both took a course of study of the Greek language. My aim was to understand the structure of this profound and remarkable language in which complex and difficult thoughts had been expressed. The same profundity holds good for the German language, which I studied in the Heidelberg University in 1959. Then, in order to understand the Chinese way of thinking, I studied elementary spoken Chinese during my posting in China (1976-79). New languages open new vistas.

Today, English has become a universal language. We need to override the complex some of us have in being opposed to having English as a main working language in Pakistan. Proficiency in English has now become a necessity. It enables access to science, technology, international commerce and worldwide communication. It also enables the development of a better mental pattern in our populace. Contrary to widespread belief, the desire for learning English is not confined to our elite alone. Go to many rural areas of Pakistan and you will find people there keen to make their children learn English. In order for us to compete in the contemporary world, acquiring proficiency in English has now become essential.

Since I am considering here the development of a mental pattern, I may mention that in China, Japan, and Korea, and in the Western world at large, considerable attention is being paid nowadays to the study of Western classical music in early childhood. The music conservatories in the three countries are churning out every year thousands of talented youngsters proficient in this genre of music. They do not have inhibitions that this music is Western and so must be shunned.

Although there might not be a direct link, there is perhaps an indirect link in the development of the mental pattern of a society and the study of Western classical music. This is evident in the economic progress the above mentioned countries have made due to their world outlook, which reflects a kind of rationality and aesthetic structure.

I have here alluded to the utmost achievement of humanity in the dialogues of Plato. So it would not be out of place to also allude to the other pinnacle of humanity, namely the music of Beethoven. Beethoven’s musical repertory ranges vastly from epic struggles as in the Eroica symphony, to sublime peace as in the Adagio of the Fruehlings sonata. Such struggle is what we have been undergoing since our inception as a nation. And an internal peace is what we badly need. As a society, perfection is what we should aim at. And perfection has not been equalled, except in Beethoven’s music.

The various factors affecting a society are interlinked with one another. Truth, beauty and goodness are the hallmarks of the legacy of Plato and Beethoven. I leave it to you to decide how far we must imbibe their achievements and include them in our educational institutions.

As a society in rapid transition, we in Pakistan are presently a confused and disoriented lot. It is therefore necessary to make our world of ideas accord with universal thought, harmony and values.