Malala, the idea, tells a partic­ular story about people in Pakist­an
By Dr Shenila Khoja-Moolji
Published: May 24, 2017
Tweet Email 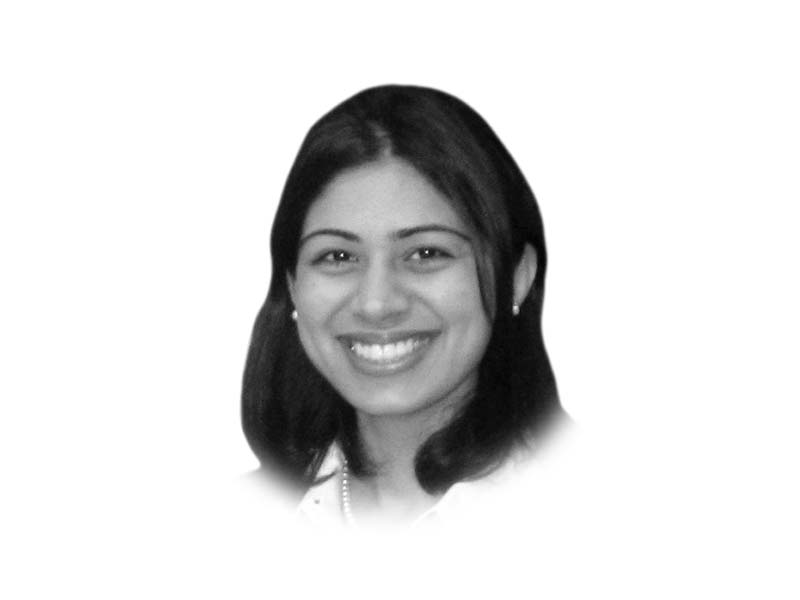 The writer is a scholar of gender, youth, and international development. She tweets at @SKhojaMoolji”

A PTI MNA recently claimed that the attacks on Malala Yousufzai were staged. She then went on to name different girls from Pakistan — particularly, those succeeding in schools — calling them, “not Malala.”

Such sentiments are not new. When Malala’s autobiography was published, the chief of the All Pakistan Private Schools Federation, Kashif Mirza, noted that while the 152,000 private schools had supported Malala when she was shot, they had now decided to ban Malala’s book: she “was a role model for children, but this book has made her controversial…Through this book, she became a tool in the hands of the Western powers.”

In Western contexts and liberal circles, comments like the above are read as representing backward, pre-modern elements of Pakistan because any critique of Malala is read as a critique of human rights. And since human rights are the dominant vocabulary for justice and emancipatory projects in the current moment, such critiques are easily dismissed.

However, there is an undercurrent here that must be examined. One way to do this is by making a distinction between Malala the idea/representation, and Malala the person.

Malala, the idea, tells a particular story about people in Pakistan. She is represented as the girl who defied the cultural logics operative in Pakistan, and who now embodies a transnational, secular modernity exemplified by her emphasis on the autonomous self, enactment of choice, advocacy for freedom and arguments for gender equality. Instead of being a symbol of the courage of Muslims and Pakistanis to stand up against local forms of violence, Malala is shown to be an exception.

Through extensive media coverage and uptake of her image by international organisations, she is individualised in her courage and successful performance of empowerment. She is presented as succeeding against all odds, as a heroine or, as TIME magazine calls her, the “champion for girls everywhere.” She is made into an exception by practices such as celebrating “Malala Day,” receiving the Nobel Peace Prize, and book deals. Even the title of her book, I am Malala: The Girl Who Stood Up for Education and Was Shot by the Taliban (2013), centres her person, emphasising her uniqueness.

To create the idea of Malala as the exceptional Muslim girl entails individualising and abstracting her from the local environment and cultures, and connecting her positive attributes to another source, such as her formal education, desire for success, and ambition. Her courage, then, is not read as grounded in Pashtun cultural practices that valorise social justice. Instead, she is positioned as a singular force against local customs and cultural elements.

Malala as an idea, thus, sustains assumptions about Muslims and Pakistanis that are deeply hurtful. It transforms all Pakistani, Muslim men into terrorists, and all Muslim women as victims or potential-victims. Malala is distanced from other Muslim girls. She is made to simultaneously stand in for, represent and symbolise the oppressed Muslim girls, and positioned as the empowered girl who is not one of them. The idea of Malala denies other Muslim girls similar forms of empowered subjectivities. More importantly, it sustains the façade of Islam as an oppressive faith, positioning interventions — such as through universal education of girls, empowerment projects, or even drone attacks — as necessary or even ethically imperative.

It is important to note, however, that Malala herself, the person, cannot be blamed for how she is taken up and talked about. She has time and again highlighted her radical specificity as a Muslim, and as a Pakistani.

For instance, if we read I Am Malala against the grain, we come face to face with vibrant cultures and societies, an abundance of strong-willed women, and kind, thoughtful men. The text reveals aspects of the Pashtun culture and its people; we learn about their hospitality, their oral traditions of poetry, their love for knowledge, the imperatives for kindness, and the beauty and precarity of mountain societies. There are incidences when the religion of Islam emerges as a source of generosity and peace. For instance, the only charities that stay behind to help local people after the earthquake in 2005 are local Muslim charities.

In I am Malala, we encounter women who shatter the trope of the victimised Muslim woman waiting for a saviour. From Malala’s namesake, the Malalai of Maiwand, who fought the British, and her great-grandmother, who “walked forty miles alone over mountains” in order to appeal for the release of her son, to the women of Spal Bandi “who had great freedom and were not hidden away,” we find evidence of women’s enactments of agency that are emergent within the constraints of socioeconomic and political structures.

These glimpses into the lives of Muslim women add complexity to, and work against, the narrative that reduces freedom to just ‘resistance’ against local practices. It would be simplistic to read these actions in broad strokes as moments of women’s empowerment and agency; yet, they do signal the possibility of differently constituted lives where empowerment and agency may or may not look the same as that proposed by Western liberal feminists. Here, women seem to be working to establish their rights within local frameworks and against domestic and global patriarchies.

We also come across a wide range of kind, thoughtful, and intelligent Muslim men who work for the betterment of their communities, including contesting the advances of the local Taliban-inspired militants. Figures such as Malala’s father, Ziauddin Yousufzai (an activist), Jehan Yousufzai (Ziauddin’s cousin who brought a gift on Malala’s birth), Uncle Dada (a conscientious teacher), Nasir Pacha (a stranger who helped Ziauddin complete his college education), Akbar Khan (Ziauddin’s mentor), Usman Bhai Jan (the beloved school-bus driver), and Dr Javid (the Pakistani-British doctor who arranged Malala’s hospitalisation in the United Kingdom) all strike at the heart of the ahistoricised and decontextualised figure of the violent, brown, Muslim man.

The key Taliban characters in the book, Fazlullah, Sufi Mohammad, and the mufti who tried to close Ziauddin’s school, are viewed as an irregularity, and their actions are contested by local men and women. Indeed, the challenge to Fazlullah comes from within the community — the Pashtuns called their assembly of elders to oppose him, and those who viewed him favourably earlier retracted their support when his initiatives did not align with their sensibilities. Challenges to Fazlullah’s militancy were also featured prominently in the local media.

Hence, the critique of Malala must make the distinction between how she is represented and what those representations do to imaginations about Muslims, Pakistanis, girls, etc, and Malala the person. Malala the person has, thus far, shown remarkable grace and acute knowledge of local cultures, and deserves to be treated with respect.